I knew Cheick Kongo was into fashion ever since he showed up to last year’s UFC in Sweden as a slayer of the undead. There’s nothing wrong with being a fashionista on the side of a well-oiled MMA career. Caol Uno became the first person in MMA to not only be sponsored by Nike, but have his own line of shoes. In fact, in Japan the Caol Uno 10AC shoes that were released in 2007 were so popular that Nike gave Uno his own line of MMA apparel and handbags. Sexyama collaborated with a Japanese store called ‘Pleasure Dome’ to release a $616 shirt back in 2012. Now in an interview with PunchDrunkGamer, Cheick Kongo revealed that he has opened up his very own European fashion boutique in West Hollywood, California.

I was recovering from my injuries and I took some time to work on my own business. I can tell you now that I’ve just opened “Fragola”, a showroom in west Hollywood, California. I sell merchandise from exclusive European brands, fashion luxury pieces from Italian and French designers’ collections, for both men and women. It has been quite the under-taking.

Don’t worry, I plan on taking a trip to Fragola at some point this week just to see what it’s all about. Check out this picture from Fragola’s official Facebook of Cheick Kongo dressing better than you. 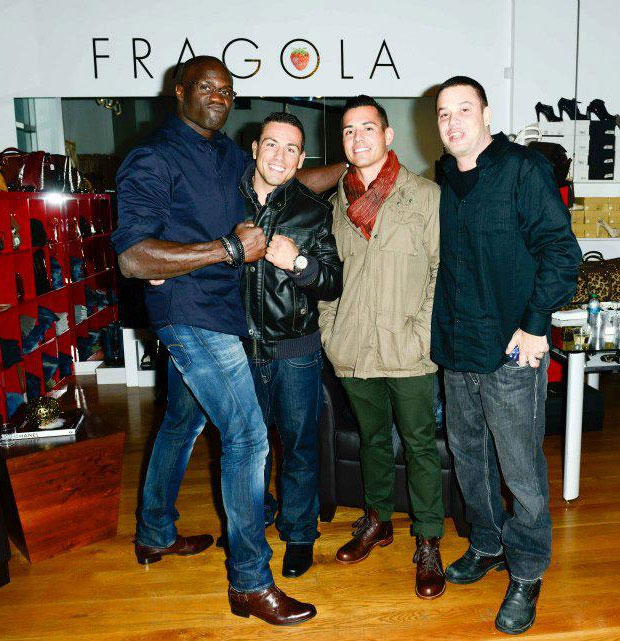 ABC 7’s ‘Eye on L.A.‘ even had a photoshoot inside Cheick Kongo’s fashion boutique. Here’s a snippet of video in which Kongo effortlessly picks up a news reporter.

If you've been wondering where the heck Joachim Hansen has been, check this video out
← Read Last Post