After battling it out with some of the best inside the Octagon over the past few years, Quinton “Rampage” Jackson has now found himself a new home with Bellator MMA. While making headlines earlier today with the announcement that he’s signed a monumental, multi-year partnership with Bellator MMA, TNA Wrestling and Spike TV, here’s a first look at Rampage representing his newfound alliance while sporting a Bellator T-Shirt and matching fight gloves. Since entering the UFC back in 2007, we’ve seen him go to war with some of the fight world’s best including Dan Henderson, Chuck Liddell, Forrest Griffin, Wanderlei Silva, Lyoto Machida, Rashad Evans and Jon Jones. Now get ready to watch the former UFC light heavyweight champion enter the next chapter in his Mixed Martial Arts career when he brings his signature fight style to the Bellator cage. 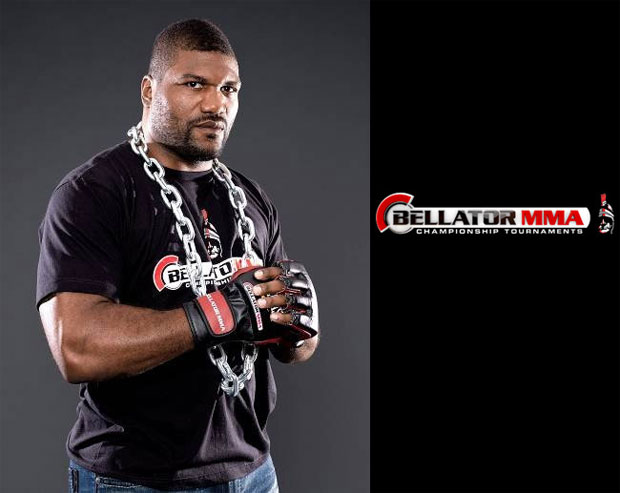 Before you see them this weekend, watch the FIRST Werdum vs. Big Nog fight from Pride FC
← Read Last Post

I bet you never thought you would see Cowboy Cerrone and his dog surf together in harmony
Read Next Post →
Click here to cancel reply.