Fear is not the only emotion Chael Sonnen can smell. He can also detect hope, as in “I hope I don’t get smacked in the face by Chael Sonnen”.

I’m sure you’ve probably stayed up late at night and tried to figure out what type of name ‘Chael Sonnen’ is. His mother chose his first name because it was the last five letters of the name ‘Michael’. As far his last name, Sonnen’s are heavily distributed throughout Texas and Pennsylvania. The last name originated from Germany and is applied as a term of endearment for a loved one, or a habitational name for someone living at a house distinguished by the sign of a sun. In 1984, a ‘Sonnen’ lived to be 95.

That’s a tidbit that most of you didn’t know about Chael Sonnen. However, most of you already know that Sonnen vehemently hates pink shirts, and generally everything related to Anderson Silva. In lieu of Chael Sonnen pleading guilty to real-estate money laundering, we’ve created a shirt for all of you that will hopefully provide much enjoyment in your life.

Remember, the only problem with Chael Sonnen is that he keeps it too real, and most people can’t handle that. Get your shirt right here while they last!

The top of the shirt has a ‘For Sale’ sign with the words ‘The fastest white Republican known to man along with his Mexican-American doppelganger can offer you superb Oregon real estate at an equally amazing subprime loan rate*‘. The words ‘Chael Sonnen’ written in graffiti underneath shows what a true Oregon gangster Sonnen is. Towards the bottom of the shirt to connect the asterix in the first paragraph is another asterix that says ‘Well, sort of‘.

Get your shirt right here while they last! 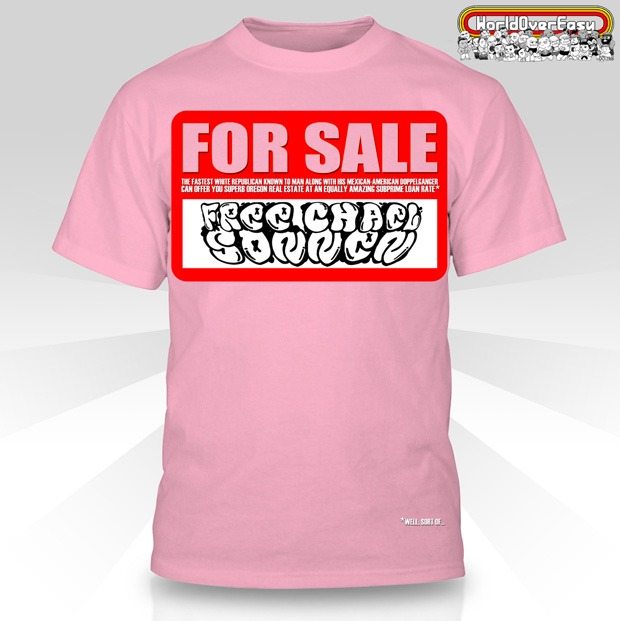 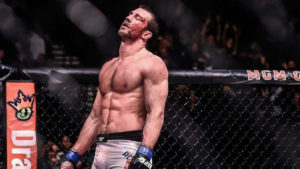