Does anyone else notice this refrigerator note from Chris Weidman regarding Anderson Silva is attached with four push pins? I think the entire world should be surprised that Chris Weidman has the strength to shove push pins into a metal refrigerator door with relative ease. In fact, that should be scary for Anderson Silva, let alone the entire UFC middleweight division.

They say motivation can be acquired from positively believing in yourself — but many of you still believe this is just wishful thinking on part of Chris Weidman. I mean, we just can’t imagine Anderson Silva attaching that same note on his fridge. If he did, then we would question why he wants to defeat himself — and where exactly did he learn to write in English.

Check out the Chris Weidman note that was tweeted by @ArielHelwani earlier today. 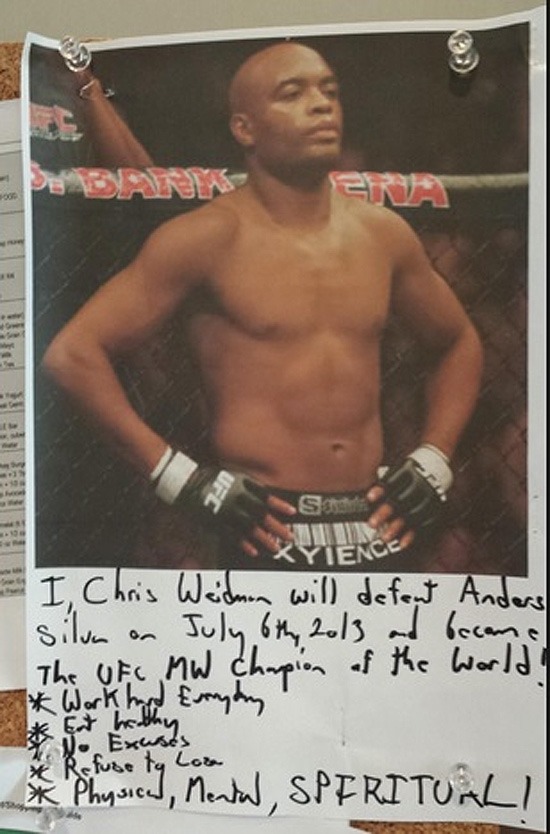 Blast to the Past: If Jim Kelly says Fedor is the greatest, you have to believe him
← Read Last Post

Steven Seagal is predicting Anderson Silva will knockout Chris Weidman in the 3rd round at UFC 162
Read Next Post →
Click here to cancel reply.