Chandler originally wanted to face Ferguson for his UFC debut but it failed to come to fruition twice. 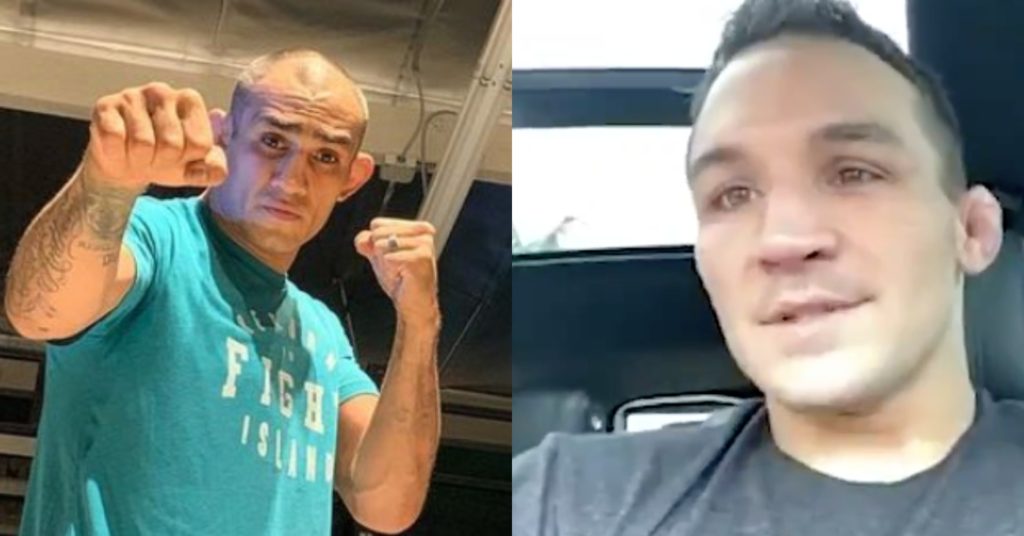 Michael Chandler finally has an opponent — but it’s not Tony Ferguson originally planned.

It was reported Monday that Chandler would be more or less officially welcomed to the promotion by lightweight contender Dan Hooker at UFC 257 on January 23.

Of course, Chandler was aiming higher as he wanted to fight Justin Gaethje or Ferguson initially, with the latter being his top choice.

It nearly came to fruition twice as an offer was made for them to compete at UFC 254 on October 24 only for Ferguson to turn it down due to Chandler allegedly being offered more money than him.

When Ferguson was seemingly open to fighting Chandler later on, he wanted it to take place at UFC 256 last month while the latter wanted to compete on the UFC 257 card this month.

Ultimately, the fight fell through with Ferguson instead taking on Charles Oliveira at UFC 256 and losing a one-sided unanimous decision.

As far as Chandler is concerned, the Ferguson situation was mismanaged and while his opinion of “El Cucuy” hasn’t changed, he still believes it’s unfortunate the fight never happened.

“The Tony Ferguson situation was definitely mismanaged,” Chandler told ESPN in a recent interview. “We had the opportunity for him and I to step inside the cage in January, inside the Octagon, on this card. Tony says no. Then he takes a relatively short notice fight against Oliveira after calling me out. I say no, I needed three weeks, four weeks off after this last nine-month-long training camp I did.

“So my opinion of him hasn’t changed. It’s just unfortunate. It’s unfortunate that I’m not fighting Tony Ferguson right now, but I went through that through a day or so. Then, it was four other different names — Hooker being one of them.”

Perhaps a meeting between the pair could still happen in the future.

But if Chandler enjoys a successful debut against Hooker, he will likely only be targeting a fight against Oliveira, Gaethje or the winner of the Conor McGregor vs. Dustin Poirier headliner at UFC 257.

Cory Sandhagen: 'It's Gotta Be A Title Shot' Next With Big Win Over Frankie Edgar
Read Next Post →
Click here to cancel reply.