Chandler is expected to make his debut for the UFC in January after signing for the promotion in September. 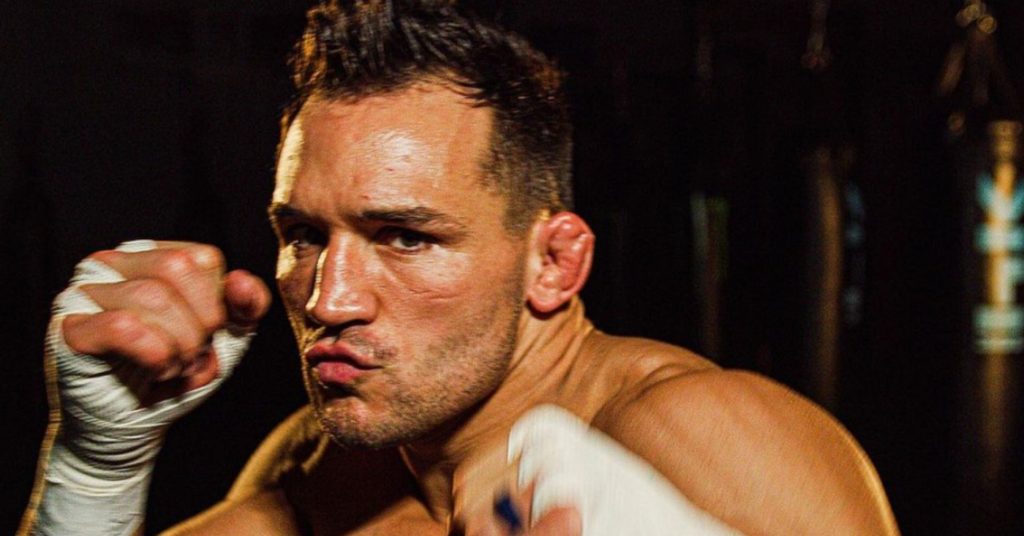 It looks like Michael Chandler has landed an opponent for his highly-anticipated UFC debut.

On Tuesday, Chandler revealed on social media that his training camp — seemingly for his UFC debut — was set to begin next week.

Many were quick to speculate who Chandler could be facing.

Conor McGregor, of course, is set to return against Dustin Poirier at the UFC 257 pay-per-view on January 23.

Meanwhile, Tony Ferguson — who many thought would be the one to welcome Chandler to the promotion — was recently booked to face Charles Oliveira at UFC 256 on December 12.

That left either Dan Hooker or Justin Gaethje as potential opponents.

The best guess, at this point, would be Gaethje.

For one, “The Highlight” is an opponent Chandler has spoken of wanting to face repeatedly in the past. And to make matters more interesting, the former Bellator lightweight champion reposted a fan-made fight poster for a January 23 fight with Gaethje on his Instagram story. 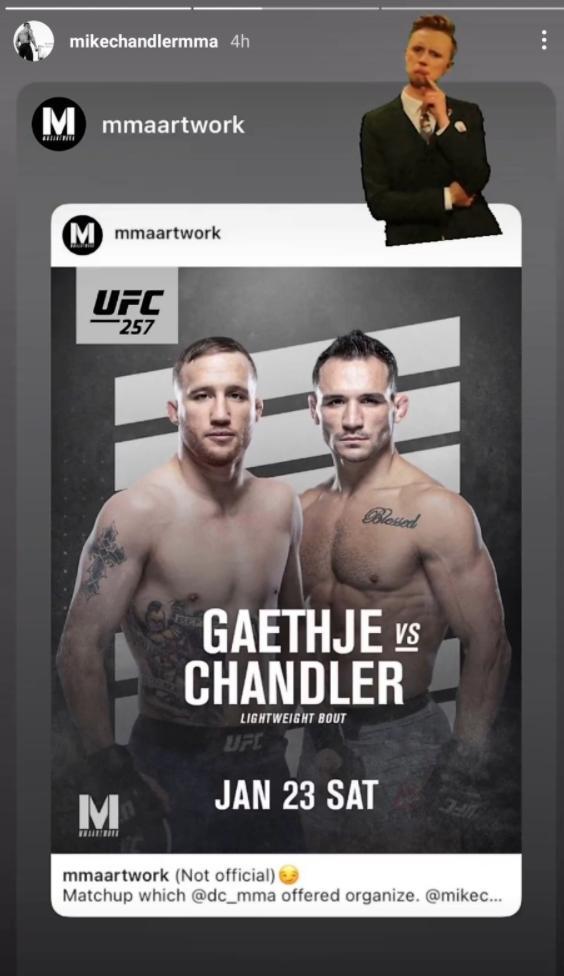 There is nothing confirmed for now, but it’s certainly a great fight which should guarantee plenty of action as well as provide a litmus test as to what Chandler can bring to the division.

An impressive win for Chandler against the number one guy in the division would also fast-track him to a lightweight title shot.

We should expect more information in the coming days.

AJ McKee Used To Do The 'McKee-otine' As A Kid: 'My Dad Used To Hate That Move'
← Read Last Post