If Mike Straka doesn’t ask Chael Sonnen to elaborate on the scientific abnormality of not going through puberty when he was younger, then I will lose all faith in Inside MMA. This question needs to be presented in a way that won’t force everyone to drop their jaws in complete awe. For those of you who missed the overly long CSAC hearing, while discussing the use of testosterone to alleviate a disorder known as hypogonadism, Sonnen claimed that he was unable to go through puberty when he was young. That’s huge, scientifically — I guess. To be honest, I failed biology 102 in college. Hypogonadism sounds like a religious movement only reserved for the Justice League of America. There’s a lot that needs to be explained regarding this new disorder that was introduced in our lives less than twenty-four hours ago and tonight at 8:00 EST on Inside MMA, we will finally get the answers to questions that we never knew existed until Chael Sonnen told us that we should be asking the questions since he apparently provided the unsolicited answers. If you don’t have HDNet, call your local cable provider and threaten to kill a small mammal until they get them in your channel lineup. In fact, MiddleEasy was created while simultaneously watching HDNet Fights. We’re like conjoined twins in that manner. [Source] 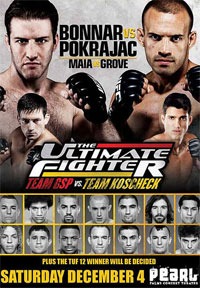