Chael Sonnen liked to see Mike Tyson fight in his Legend's League, but does not think this is a viable option long-term 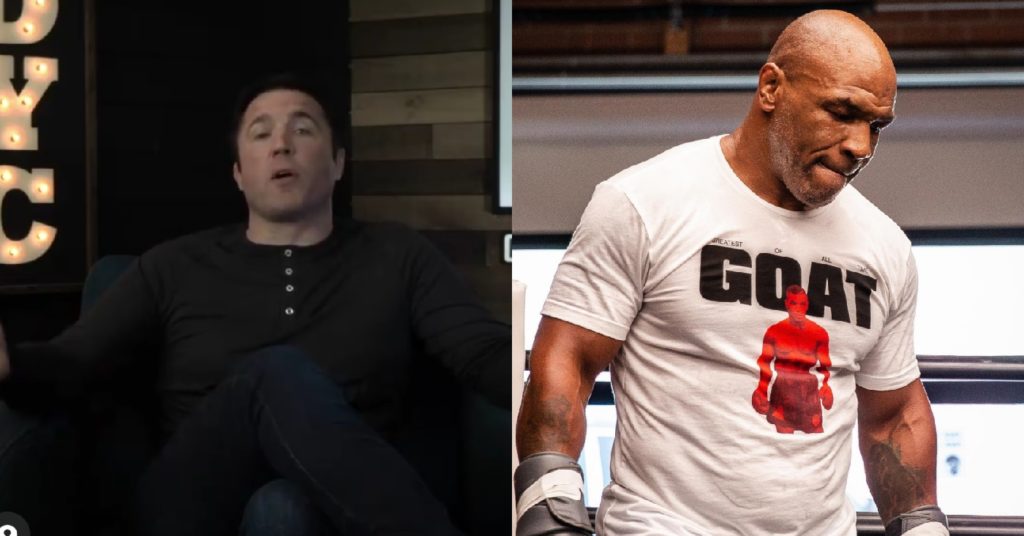 Mike Tyson kicked off his so-called Legend’s League by taking on Roy Jones Jr. over the weekend. As much as Chael Sonnen enjoyed seeing this happen, he does not feel that this format is good for long-term success.

Like the rest of us, Sonnen was quite interested in seeing the return of Mike Tyson last weekend. For all of its faults, the Tyson vs Jones Jr. boxing card was a fairly decent success. Despite the combined age of both competitors being 105 years old, it was a fairly decent scrap that ended without an official winner. All in all it was a well produced event that left some calling for more action from the “Legend’s League” that Tyson was looking to cultivate.

Despite the success of the first ever Legend’s League event, Chael Sonnen is not exactly convinced about the long-term success of this type of contest. Speaking recently on his YouTube channel, the retired MMA fighter explained that the appeal of this event was centered around Mike Tyson. So he thinks that people will only care to see him compete, not any of the other legends that might come along.

“If I was to just ask you real simply ‘Okay great, we’re going to do a Legend’s League.’ We all agree that we love the legends, the legends worked,” Sonnen continued, positing a hypothetical scenario. “Okay, tell me ten legends. ‘Oh I can come up with ten legends, here they are.’ Okay great. Is there any one of those legends that you want to see fight another legend of one of the legends is not named Mike Tyson?”

Sonnen goes on to explain how it did not matter who Tyson was fighting. He says that if Roy Jones Jr. did not compete then the event would have sold the same, but that without Mike Tyson nobody would care. That being said, he admits that having Jake Paul on the card also helped to boost the visibility of the card, but that this is not a long-term option.

“Legends doesn’t work in this sport of any other sport, unless you have a good story,” Sonnen said. “The story of boxing as it pertains to Mike Tyson is very fascinating. It’s very, very interesting, and it never ceases to go away.”

Chael Sonnen certainly brings up some good points about the viability of a Legend’s League in a long-term way. With someone like Mike Tyson at the top of the bill, and a YouTube celebrity in the co-main event it might do well. Other than that, there seems to be little that this type of thing can offer in the long run.