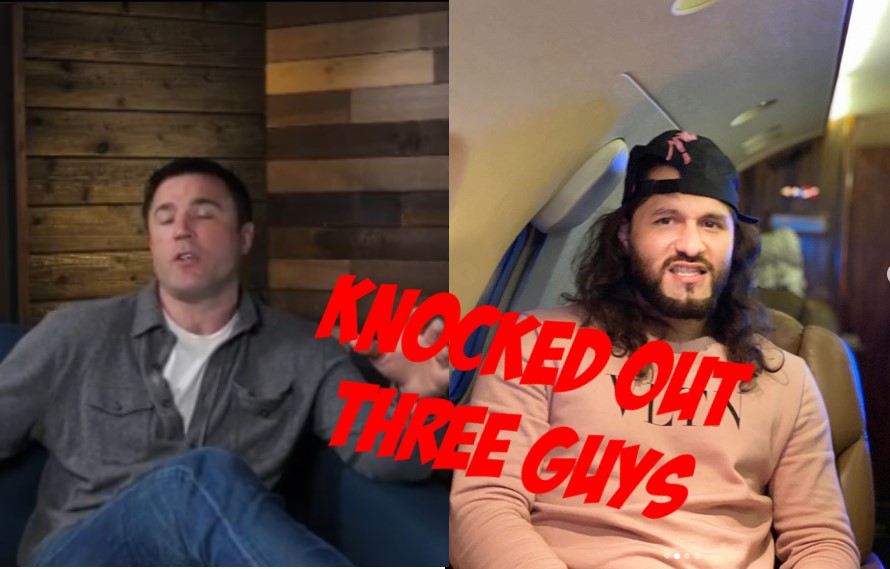 It is no secret that Jorge Masvidal is a tough guy. However as Chael Sonnen tells it, he had one situation where he managed to knock out three guys in a club in one night.

Before Chael Sonnen came along, it was the assumption that Jorge Masvidal’s high score was two fights in one night. Back in 2019, at the start of his rise in popularity, he took out Darren Till in their UFC London main event. Then, backstage he served Leon Edwards the infamous “three piece with the soda,’ also. Two victories for the price of one.

However, according to Sonnen, this was not the best Masvidal had done. In a recent video to his YouTube channel, he detailed a story where Jorge apparently had a crazy time.

Here is how it started:

“Jorge was in a club, and he was wearing a gold chain necklace,” Sonnen explains. “These two guys walk up to him, that Jorge doesn’t know, and one of them flicks the necklace. Jorge doesn’t know how to interpret that, but thinks these guys are going to rob him. So Jorge knocks the one guy out who touched the necklace, then turns with a hook and knocks out the other guy.

“Now if you ever hear a story (about a guy) knocking out two people with two punches, you’ve now met a liar,” Chael Sonnen continues. “Except if that guy is Jorge Masvidal. So Jorge knocks these two guys out and decides he’s gotta lay low while this scene is unfolding so he ducks into the bathroom. So when Jorge goes into the bathroom, a guy comes into the bathroom right behind him.

“In Jorge’s mind, he’s like ‘I don’t know if this guy that just came into the bathroom is with those two other guys,'” Sonnen said. “So Jorge knocks that guy out.”

So why did Jorge Masvidal knock out some other, potentially random person? Chael Sonnen explained.

“So the question becomes ‘Jorge, why did you knock the guy out in the bathroom? What if he wasn’t with them. What if he had nothing to do with it at all, and was just a patron using the bathroom?’ Jorge said ‘I couldn’t take the risk.'”

That is quite the wild story from Chael Sonnen, which he explained he heard from Michael Bisping. Either way, it just goes to further the legend that is Jorge Masvidal.