Chael Sonnen is facing multiple charges for allegedly assaulting a couple in a Las Vegas hotel.

Chael Sonnen has become the recent subject of UFC personalities having run-ins with the law. A new lawsuit has been filed and it stated that “The Bad Guy” has assaulted a couple and another unidentified guest in a hotel in Las Vegas last December.

Sonnen is already facing 11 counts of battery, including felony strangulation for an alleged incident last at The Four Seasons hotel in Las Vegas last December. Five misdemeanor battery charges were dropped without prejudice but a new lawsuit has been filed on March 25 in Clark County (Nevada) District Court.

The lawsuit stated that Sonnen is being accused of “viciously” attacking Dr. Christopher Stellpflug and Julie Stellpflug during an alleged incident on Dec. 18

The California couple is suing the 44-year-old in excess of $15,000 for battery and intentional infliction of emotional distress, per the suit obtained by MMA Fighting.

Dr. Stellpflug and his wife said in the suit that they were heading back to their hotel room around 7:30 when they crossed paths with Sonnen, whom they described, “appeared to be intoxicated,” was wearing “a torn bloody shirt” around his neck without any shoes or socks on and “uttering unintelligible noises.”

They tried to avoid the UFC legend but “without provocation or any communication whatsoever,” Sonnen knocked a drink out of Dr. Stellpflug’s hand and “proceeded to viciously attack Dr. Stellpflug, punching him multiple times in the head with a closed fist.”

A hotel guest in a nearby room barged in as Sonnen allegedly continued to attack Christopher Stellpflug, reportedly putting him in a chokehold that caused him “to lose his breath for several seconds.”

The former UFC title contender then allegedly Christopher Stellpflug before attacking his wife, “punching her in the face multiple times with an open fist, leaving her with a split lip.”

Sonnen then threw her against a wall where she “hit a light fixture.” Christopher added that his wife “slid down the wall, tasting blood in her mouth as she fell to the floor.”

Detailing how the incident happened, Christopher Stellpflug said the whole ordeal was traumatizing and he thought the “monster” in Sonnen would kill his wife.

“Am I going to die? Is this monster going to kill my wife next, and my kids will have no parents?” Christopher Stellpflug told the Las Vegas Review-Journal. “We did nothing wrong, and this guy went on a crazy rampage.”

It was also noted that hotel security soon arrived to aid but Sonnen allegedly punched several security guards, kneeing one in the nose and kicking another in the chest in the process. Sonnen was said to have only been detained when more employees arrived.

What’s even more shocking was that reports said minutes before Sonnen assaulted the couple, he allegedly “randomly struck” a different guest in a separate incident.

Sonnen has yet to comment on the allegations but is due to appear in court on April 30. 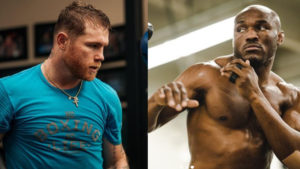 Chael Sonnen Questions Joe Rogan’s Take On Canelo Alvarez vs. Kamaru Usman: ‘Where Are We Getting That From’ 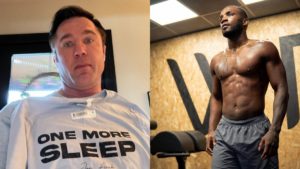 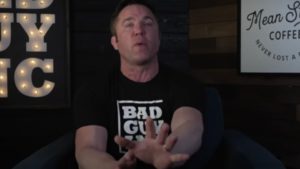 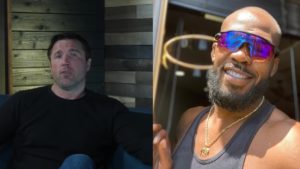