Chad 'Money' Mendes has officially came out of retirement.

‘Money’ is coming back to cash in some checks from the fight game.

Mendes, the former UFC title challenger, will not be making his return to the UFC Octagon but rather to the bare-knuckle boxing ring on October 22. No opponent is decided yet but the weight category will be 155lb with five rounds two minutes each. Bare Knuckle Fighting Championship would make Mendes an offer he couldn’t refuse.

Mendes would elaborate on the incredible offer on the latest episode of ‘The Joe Rogan Experience.’

“I just signed a big contract.” Mendes told Joe Rogan. “I’m coming back to fighting, but I’m not coming back to MMA. I’m coming back to boxing. I want to try something different. I think we’re going to throw some bareknuckle in there, just mix it up and get real crazy. This is something that’s kind of been in the works for probably a year now.”

“I always wanna to box. You know coming off wrestling, my style even in UFC was boxing and wrestling. Probably my two favrioute things to do. Absolutely loved boxing and sparring when I would be training through camps and obviously wrestling too but I always wanted to try and compete in some type of boxing competition. Bare Knuckle actually reached out to Faber, hey you think if Mendes would be interested in this.”

“I am an explosive athlete, I am pretty much built for this style of fighting. You know I can get in there I can be fast, explosive, quick, powerful, pace myself grind out those rounds and get in there to knock someone’s head off.”

“Even when I was training for five minute rounds, we do five minute rounds. We would do more of them but I want my body, my mind to get used to exactly what its gonna feel like. Because of that reason like holy Shit it’s over so I need to know like basically where I am at in the round and I wanna get used to that but I am definately gonna do some longer stuff too or will do ten 2min rounds.”

Shortly after the podcast was released, BKFC would officially announce the signing on their social media platforms.

Despite there not being an opponent set for Mendes’ bare-knuckle debut, there are some details that have been discussed for the comeback story. Mendes told Rogan he’d be fighting on October 22nd in Chandler, Arizona at 155 pounds. Mendes is primarily a wrestler but he has shown massive power in his hands inside the cage.

Mendes hasn’t fought since losing to UFC Champion Alexander Volkanovski in 2018, on his rise to featherweight gold. This result would have Mendes hanging up the gloves and soaking in the wonders of retirement.

Years later, the gloves remain off as he makes his BKFC entrance later this fall.

How will Chad Mendes fare in the boxing ring? 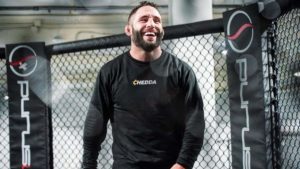 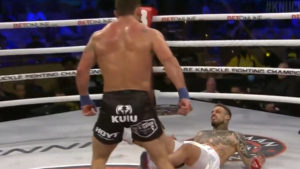 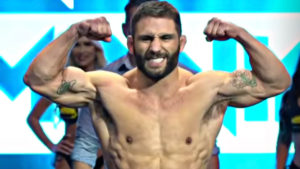 Chad Mendes Reveals What It Would Take To Consider UFC Return 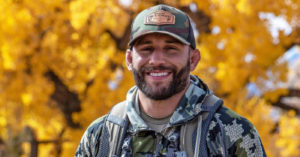 Chad Mendes To Make BKFC Debut At Knucklemania 2 Against ‘Famez’