Henry Cejudo Takes A Shot At Ryan Garcia, Telling Him To “Shine My Shoes” 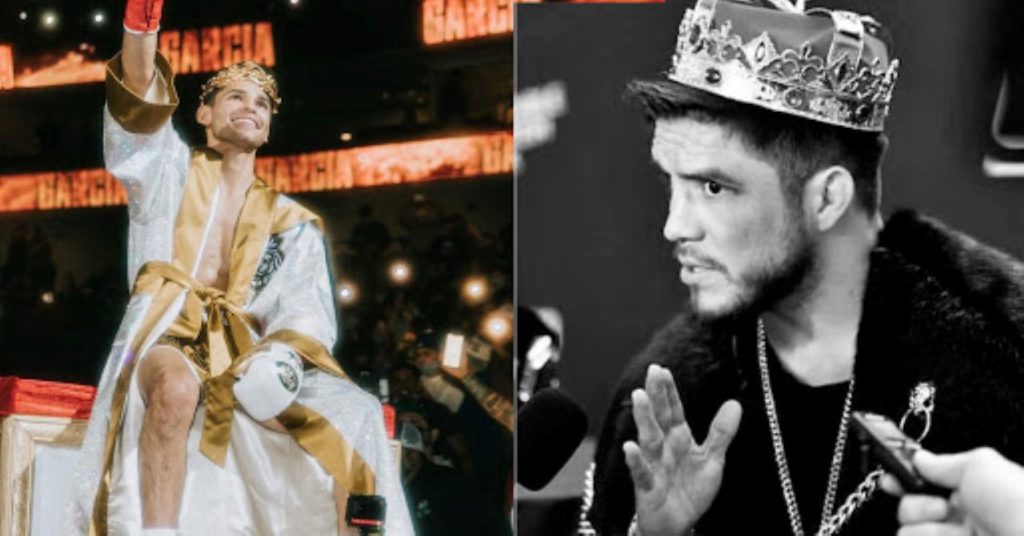 Henry Cejudo will not bend the knee in front of anybody whether it be it boxing or in MMA. The former UFC flyweight and bantamweight champion felt the need to remind every fight fan that “Triple C” is still the king.

Last Saturday on DAZN, Ryan Garcia (21-0) and Luke Campbell (20-4) faced off for the interim WBC lightweight title. Campbell was without a doubt Garcia’s toughest test yet. He is a former Olympic gold medallist and was the IBF lightweight champion before losing to Vasily Lomachenko in 2019.  Although the odds gave Garcia as a heavy favorite, many experts expected him to have to battle in order to get his hand raised: they were right.

Campbell started the fight very well. He nullified most of Garcia’s pressure and read his punches pretty well. He then went on to knock him down with a stunning left hook in the second round. Garcia seemed rattled but clear-minded. He got back up and kept pressuring Campbell as if nothing had happened. After hurting him badly at the end of the 6th round, he went back to his corner satisfied. Midway through the 7th round, Garcia hit Campbell with a beautiful body shot reminiscent of Canelo Alvarez. Campbell tried to get back up but the pain seemed unbearable and the referee stopped the fight. Garcia achieved his lifelong dream of becoming a world champion and silenced all his doubters in the process.

Despite his win on Saturday, many people criticized Garcia for the second-round knockdown against Campbell, including former UFC cham-champ Henry Cejudo. Cejudo posted a message on Twitter intended to troll Ryan Garcia.

U bent the knee yesterday once yesterday against cambell . I’ll make you shine my shoes @KingRyanG pic.twitter.com/5rN4TyPlap

“U bent the knee yesterday once yesterday against cambell . I’ll make you shine my shoes @KingRyanG  wrote by Henry Cejudo”

Cejudo has made a habit of posting these kinds of messages on social media. After his victory over Dominick Cruz and his retirement at UFC 249, “Triple C” has called out many fighters, including current UFC featherweight champion Alexander Volkanovski. A fight between Garcia and Cejudo is almost certainly never going to happen. But it shows that Cejudo hasn’t completely given up on his fighting career. It wouldn’t be surprising to see him back in the Octagon in 2021.

Ali Abdelaziz: Jake Paul 'Would Beat The S--t Out Of Conor' McGregor
Read Next Post →
Click here to cancel reply.