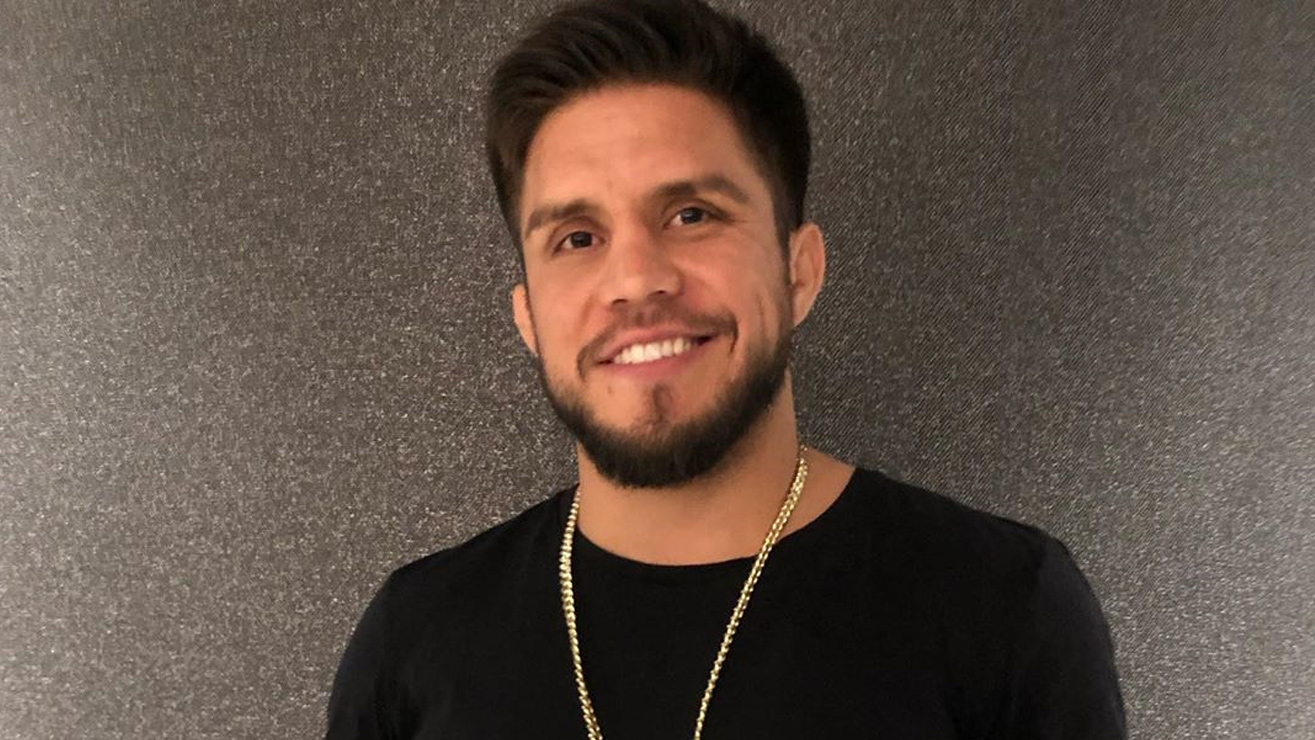 After defeating Dominick Cruz at UFC 249, Henry Cejudo decided to hang up the gloves and call it a career. Usually, when that happens with high profile fighters, the crowd pays their reverences and wishes the fighter the best of luck going forward. But, with Cejudo, fans weren’t buying the retirement. Not even one bit. Now that the dust has settled, Henry took to social media to make his retirement official.

During the co-main event of the UFC 249, Henry Cejudo defeated Dominick Cruz via TKO. The win marked Cejudo’s first successful bantamweight title defense. Although several personalities thought that the stoppage was quick, Henry landed a knee that ensured him the victory.

When the post-fight octagon interview happened, Cejudo told Joe Rogan that he would be parting ways from the sport. Fans and other mixed martial artists admitted that they weren’t buying the retirement. And, that it was just a potential stunt to gain even more attention.

But recently, Cejudo took to social media to make his retirement official. Although his manager believes that he will continue fighting as early as this summer.

”Thank you for the awesome experiences uncle, Dana White. I will forever be grateful. Thank you for taking a chance on the sport that people thought would never make it. To all my coaches and fans it been a wonderful ride. Triple C is out.” wrote Cejudo on Twitter. 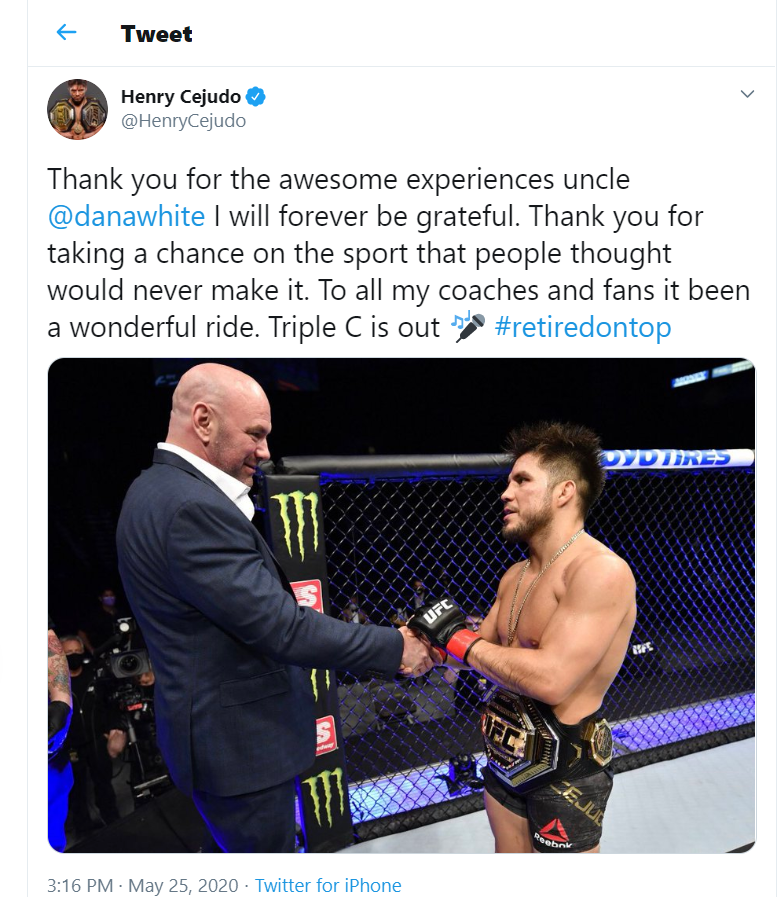 Reloading the Flyweight and Bantamweight Divisions

Honestly, it’s still up for date as to if Cejudo is officially retired. Even though he said it, his manager still believes that he will fight this summer. If that’s the case, Henry will more than likely require the UFC to upgrade his paycheck majorly.

Initially, Henry said that the UFC would be able to keep him around if they added more 0s to his contact. But, it truly seems like Cejudo is done with fighting until then. So, is Cejudo an all-time great? Let us know in the comments below.