Catching Up With Bellator’s Brett Cooper

By AddictedMMA, Coming off of a ridiculous 10-second knockout win over Keith Berry, Long Beach, California’s Brett Cooper is riding a wave of momentum into his fight with top Bellator middleweight Alexander Shlemenko. The man who sports hands-down one of the best beards in MMA, was kind enough to have a quick chat with AddictedMMA before his fight this weekend, May 14th, at Bellator 44.

Addicted – Thanks for taking some time out to speak with us, Brett. For those that don’t know what Brett Cooper is all about, can you introduce yourself and your fighting style?

Brett Cooper – I consider myself a Mixed Martial Artist. I can get the knockout, submission, and take you down/slam you, etc. When I started training it was MMA from the beginning. My skills continue to grow, as well as I continue to grow as a person.

Addicted – As a Canadian, I have to ask this one or they will revoke my passport. You played a bit of hockey growing up. Do you still follow the sport, any favourite team, and are you growing out your “Stanley Cup Playoff beard” right now?

BC – I watch hockey here and there but I don’t really watch anything other than combative sports i.e. wrestling, muay thai, jiu-jitsu, etc. But i can appreciate their skills. I am growing the beard slightly, hope you guys like it.

Addicted – In what ways did playing hockey for so many years help your transition into MMA?

BC – Well hockey is sport that has tough athletes which requires one to skate on ice and pass/shoot puck all the while dealing with getting hit by the opposing team. I just think overall it is a tough sport (tougher than most). So the combination of toughness, athletic skills, and intelligence is a good combination. But to be honest I don’t really think it has to do with the sport (hockey), it has more to do with the person. Because I knew a lot of guys that played hockey that would not do well in MMA. Any person, I believe that has the determination and intelligent approach can be successful in MMA or anything in life for that matter.

Addicted – OK enough of my selfish Canadian questions. Let’s get into the business. Since most of us will never know how this feels, can you share with us what it was like to knockout your last opponent (Keith Berry) in 10 seconds?

BC – Well I was happy that I won because I trained so hard. It was almost a bittersweet moment because as great as it is to win in 10 seconds, i trained for 5 hard 5 minute rounds. But that’s why you train hard and I’ll take the win.

Addicted – After that impressive win, you’re back in Bellator this weekend, for Bellator 44 vs. dangerous middleweight Alexander Shlemenko, who won the Bellator middleweight tournament last year. Without giving too much away, how do you plan on neutralizing Shlemenko’s unorthodox attacks?

BC – I plan on making it an MMA fight. I feel as though I am better than him in some facets of the game and that’s where I’m going to take it. You must watch the fight to see.

Addicted – I heard in a previous interview that you like to breakdown tape and really try to “find a way” to expose top level fighters. Having said that, I’ve got a couple of questions.

a) Have you found some of these holes on Shlemenko?

BC – Yes I have found holes in his game, but like i said before you’ll have to watch the fight to see.

and b) What did you make of GSP vs. Shields, and the way that title fight ended up going?

BC – I thought it was a great fight to be honest. I love GSP’s style. He is a smart fighter, he can take it to the ground when he needs to and keep it on the feet when he needs to. He’s a true Mixed Martial Artist.

Addicted – So if you defeat Alex, you’ll earn a spot in next season’s middleweight tournament. What are your thoughts on the tournament system, where fighters “earn” their title shot as Bjorn Rebney says?

Addicted – You train at a couple of different gyms. Where have you been training for this upcoming fight, and who are your main trainers/training partners?

Addicted – You’ve been on a “seek-and-destroy” mission lately, as your last eight victories have come via knockout. Did somebody piss you off or something?

BC – I always go for the finish. That’s the idea right.

Addicted – Take us inside the cage with you as the announcer is shouting out your name. You’ve done your preparation, you’ve cut the weight, and now it’s go time. What’s going through your mind, knowing that you’re about to throw down?

BC – No thoughts, the time is now.

Addicted – Speaking of cutting weight. What’s the one food you look forward to the most after you step off the scales?

BC – Well I probably look more forward to liquid than food and I wouldn’t really eat anything really good i.e – pizza, hamburgers, chicken until after the fight. I would try to get clean carbs and good proteins and greens after weigh-ins.

Addicted – I asked another bearded bruiser if the scruff actually helped to soften the blow of a punch, and he (Dean Amasinger) said no. However, I’m interested in a second opinion. What say you, Mr. Cooper?

BC – I don’t think it makes much difference.

Addicted – As a fan of the sport, what fighters do you enjoy watching the most, and perhaps learning from?

BC – I enjoy watching wrestling, muay thai, jiu-jitsu, K-1. I am an avid fitness junkie. Anything that has to do with performance, I’m there.

Addicted – When you look back at the end of 2011, what do you want to say you accomplished?

BC – I would say I grew as a person more than anything. I proposed to my fiance on her birthday in October, so I’m getting married next year. So growing as a person and improved my skills immensely with the of my team and coaches.

Addicted – Congratulations! Anyone you want to give a shout-out to?

BC – I would like thank INKnBURN for their fabulous apparel that they have supplied me with. They make the coolest workout shirts and soon to be shorts. They are a great company, visit them at INKnBURN.com. Also my fiance Lana, she supports me with everything that I do. Also my parents and family and her parents and family. Everybody has been very supportive to me. It means a lot. Also to my best friend/coach/training partner Vince Ortiz. He’s my right hand man. He helps me with everything. Reign Training Center, Kings MMA, Larry Baker.

16. Brett Cooper…what are you addicted to?

BC – I addicted to being best possible human I can be in every way. I do it everyday, and think about it all night.

AddictedMMA thanks Brett Cooper for the time and we wish him all the best in training, and for his upcoming fight vs. Alexander Shlemenko, this Saturday May 14th at Bellator 44. Fight fans can check out the action on MTV2 in USA, and The Score in Canada, starting at 9 pm ET. 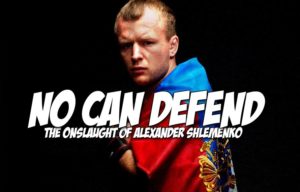