Captain America (not Randy Couture) has a new opponent, and it’s Georges St-Pierre

This is what we know about Batroc the Leaper: He was born in Marseilles, France, his real name is Georges Batroc and he served in the French Foreign Legion. Batroc is in peak physical condition, and as his clever nickname indicates, he can jump great distances with the help of his massive leg muscles. He is an expert in Savate, is a mercenary/thief and has been a general nuisance to SpiderMan, The Punisher, Deadpool, Hawkeye, Iron Fist and Gambit. When it behooves him, he rounds up a bunch of mercenaries and dubs the crew Batroc’s Brigade. Sometime next year, Batroc will be up to some wily hijinx in the next Captain America movie, and Georges St-Pierre will be playing him.

Honestly, it sounds like GSP is the perfect fit to play Batroc, as long as this doesn’t put off any fight with Jonhy Hendricks or eventually Anderson Silva (as long as Chris Weidman doesn’t ruin the superfight). I don’t know why, but I’m looking forward to seeing GSP in a goatee acting like a bad guy, and maybe playing a villain will make GSP tap into his dark side again. We love method acting here at MiddleEasy, that’s why we brought our children to see James Franco in the Spring Breakers.

Here’s another look at Batroc, because we’ll never shy away from posting comic books on the site: 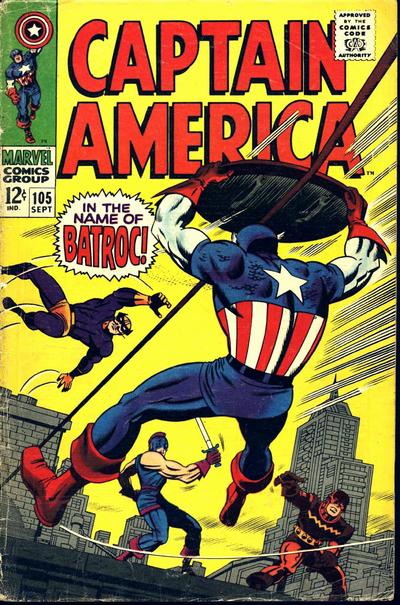 Thanks to Steve McAwesome (that’s his real name) for the tip.