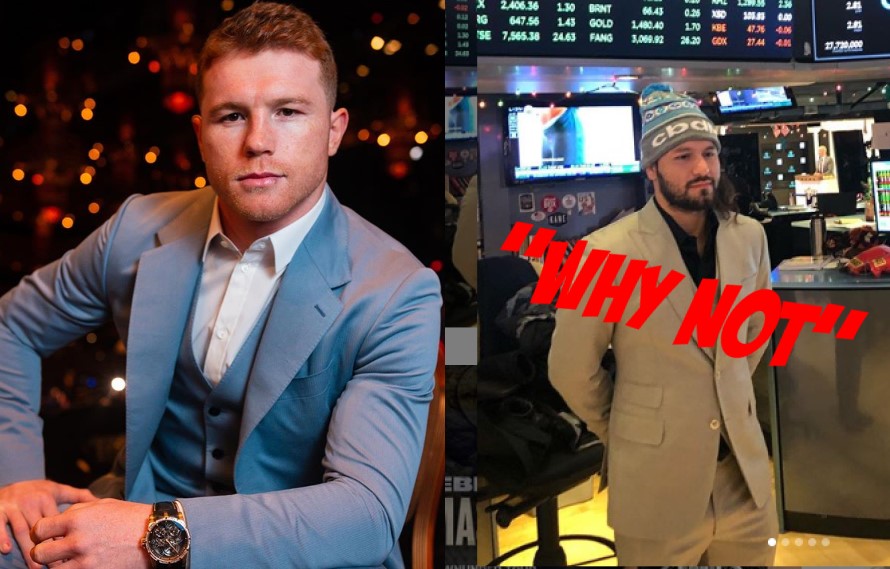 Canelo Alvarez previously expressed disinterest in a potential crossover fight with Jorge Masvidal. However, now he says he might be a bit more interested in it.

Alvarez is not the first boxer to be called out by an MMA fighter, nor the most recent. This is a trend that has appeared at various times, but moreso after the Mayweather vs McGregor fight. Nevertheless, most of the MMA fighters calling for these fights lacked the type of star power needed to get this type of fight.

There was thought that this have changed, when Jorge Masvidal called out Canelo Alvarez. Masvidal was in the peak of a career resurgence that saw him headlining the biggest event of the year. Therefore some speculated that this might mean he could get this cross-promoted fight.

Initially, Alvarez was against the fight, as he probably should be. He applied the sentiment that boxers belong and boxing, and MMA fighters belong in MMA, which is hard to argue with. However, speaking recently with TMZ, it seems he changed his tune. When asked specifically if he would fight Masvidal, Canelo had a short answer.

“For business, why not?”

Although, Alvarez was quick to pump the brakes, before saying this would be his next fight. Honestly, this seemed more like a passing comment, than genuine interest in the fight. Ultimately time will tell, if there really is a desire for the matchup.

Would you be interested in seeing Canelo Alvarez box Jorge Masvidal? Or do you prefer having your combat sports separate?

No Reebok, No Problem; Bryce Mitchell Gets Camo Trunks Made For Him
Read Next Post →
Click here to cancel reply.