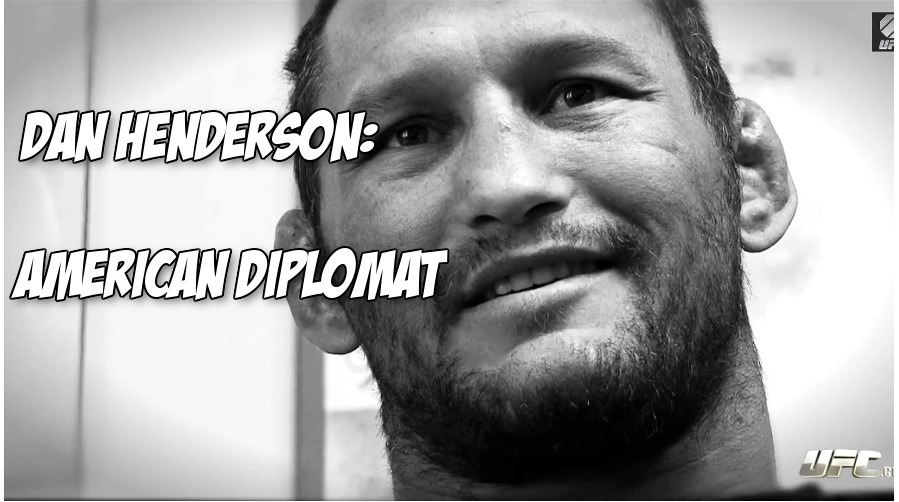 The year was 1992, gas cost $1.05 a gallon, Color Me Badd played on the radio, the movie “A Few Good Men” graced the silver screen, and future MMA legend Dan Henderson hit Washington. Hendo didn’t hit D.C with a lethal right hand but with the diplomacy of a great American. After the 92 Olympics in Barcelona, Spain a 22 year old Henderson got a hero’s welcome at the White House.

Donning an amazing mullet and with his black tank top tucked into his acid washed jeans, Henderson met with the 41st President of the United States of America George Herbert Walker Bush. Flanked by his loyal wife Barbara, G-Walk (as a hip Henderson referred to him) posed for a picture with the current Olympian and future UFC 17 tournament winner. Barbara felt the grip of a powerful overhand right handshake as Henderson surely offered a few friendly political tips to Bush.

“Pssssssssss G-Walk, come here bud, watch out for Slick Willie in November and that son of yours should run for office one day. He looks like a two-termer.” A wise behind years Dan Henderson said to the most powerful man in the world.

#tbt with Mr. And Mrs. Bush in 92 at the #whitehouse after the #Olympics! #mullet #wrestli… http://t.co/ThtDSFsw1F pic.twitter.com/hJwc3pjbhy