Can President Barack Obama #FreeNickDiaz ? Here’s a White House petition you can sign to help Diaz

So maybe you can’t fight city hall or the Nevada Athletic Commission but maybe a certain Stockton fighter and his fans can go over their heads and take their plight right to the White House. In order to truly #FreeNickDiaz you have to understand Nick Diaz. The 44th and current President of the United States Barack Hussein Obama II would understand Diaz.

Maybe in a in a different timeline a young Obama and a young Diaz would’ve been weed smoking, not scared homies. Obama smoked in college and Diaz had a medical marijuana card from the great state of California. These two peas in pods would have so much to talk about; totally best buds.

Mr. President read the official online petition to stop the NAC from abusing their power versus Nick Diaz.

“Nick Diaz was unfairly banned from being a professional fighter by the Nevada Athletics Commission. They ruled based on their personal feelings and beliefs towards the use of medical Marijuana and used their power to deprive Mr.Diaz of being able to make a living.” 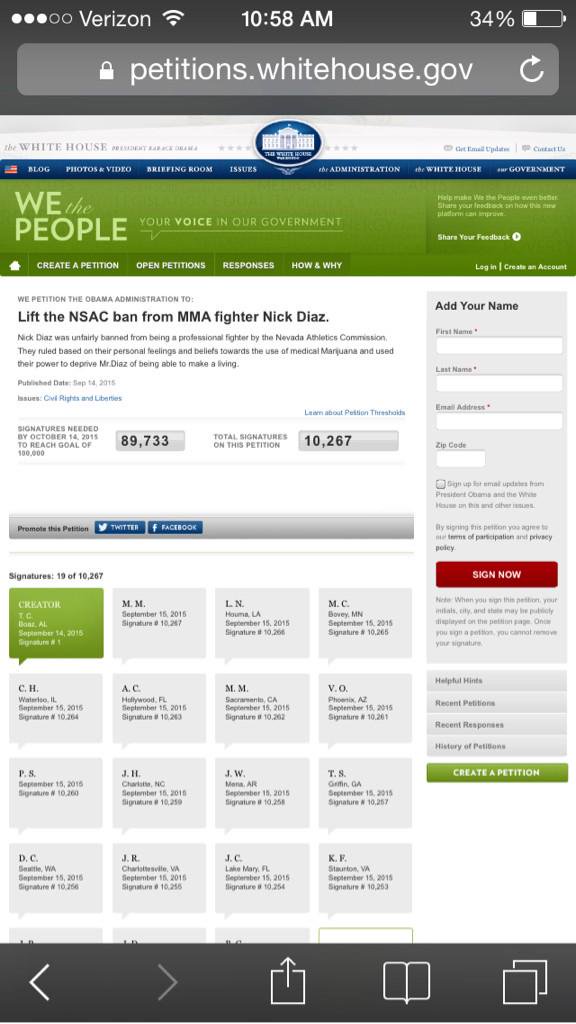 This video has Pat Lundvall versus Dave Chappelle. The fifth is pleaded.
← Read Last Post