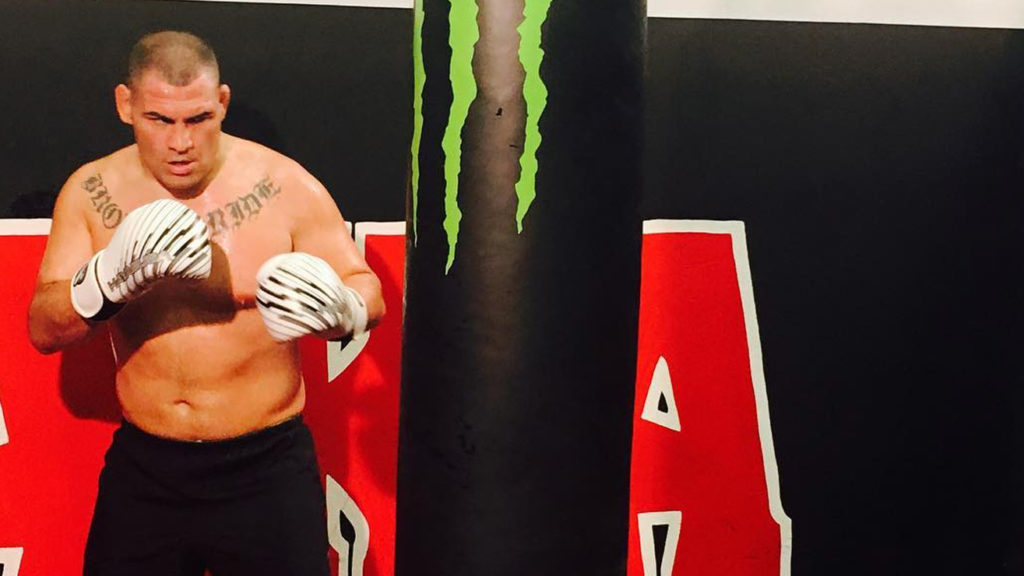 Last month former two-time UFC heavyweight champion Cain Velasquez came out of three-year layoff to take on dangerous knockout artist Francis Ngannou. However, things didn’t go well for Cain as he suffered a first-round knockout from the hands of ‘Predator’ in the main event of UFC Pheonix.

Velasquez is taking his skills from Octagon to the ring as he recently confirmed via Twitter that he’s officially inked a deal with Mexican wrestling promotion AAA. He’ll be making his debut at TripleMania on August 3 from inside Arena Ciudad in the Mexican capital.

Moreover, Velasquez appeared at a press conference in Mexico City on Tuesday afternoon where he also confirmed that he’d indeed be competing as a wrestler, not just an appearance.

In a statement via his team, Velasquez confirmed he will “for sure” be an in-ring performer for AAA. This is not just an appearance.

In a statement via his team, Velasquez confirmed he will “for sure” be an in-ring performer for AAA. This is not just an appearance.

Cain Velasquez who’s battled a series of injuries that limited his strength to compete inside the Octagon from past six years. However, in recent years he has expressed his love for the world of wrestling and even did some training at WWE Performance Center last July in Orlando, Florida.

Velasquez scores the UFC heavyweight title after knocking out current WWE universal champion Brock Lesnar back in 2010. But in 2011 Cain loss his title after suffering a knockout defeat to Junior dos Santos. However, in a rematch the following year Velasquez avenge his loss by scoring a decision win over dos Santos to regain his title.

Who he’ll debut against in ring is remain to be seen.

Video: Dana White does an interview just to say Conor McGregor will never own a piece of the UFC
← Read Last Post