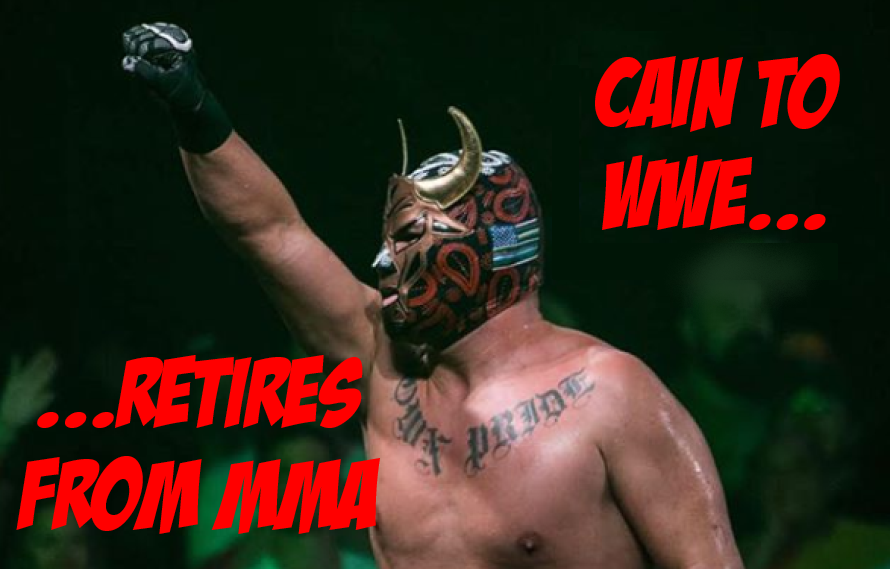 Cain Velasquez has successfully made the transition from MMA to pro wrestling. As a result, he has signed with the WWE, and retired from mixed martial arts.

Velasquez is one of the UFC’s greatest heavyweights, despite being sidelined for many years due to injuries. After losing his belt in 2015, he only had one fight in four years. Nevertheless, fans were excited to see Velasquez return against Francis Ngannou earlier this year. However, in the end he would get blown out in just 26 seconds.

Following that defeat, Cain Velasquez announced his intent to try his hand at pro wrestling. He successfully made his debut at Triplemania, making a good account of himself. Furthermore he was recently seen making his debut on the WWE stage, going after Brock Lesnar.

It appears that the WWE was impressed with his appearance, as it was reported that Velasquez has signed with the organization. Moreover, in the process, he decided to retire from MMA. Additionally, according to Marc Raimondi, his first match will be against Lesnar on Halloween.

Brock Lesnar vs. Cain Velasquez and Tyson Fury vs. Braun Strowman are official for WWE Crown Jewel on Oct. 31 in Saudi Arabia.

It's official, and it's happening on Oct. 31 at #WWECrownJewel! pic.twitter.com/FE0SeNOVFZ

It was announced that Velasquez had been removed from the USADA testing pool. Subsequently, it was expected that he could be announcing his retirement soon. Despite that, it is still a little heartbreaking to discover that there are some match ups that we will not be able to see.