Cain Velasquez discussed his decision to move to pro wrestling in an interview with Sports Illustrated.

“I grew up watching pro wrestling, and I’ve always loved it, especially lucha style wrestling.” Velasquez explained. “It’s something I’ve wanted to do, and I’m happy that I have this opportunity now to do it.”

Despite Cain Velasquez (14-3 MMA, 12-3 UFC) fought the WWE Universal Title holder and ex-UFC 265-pound kingpin Brock Lesnar, and annihilated him at UFC 121, he says that his move to pro wrestling was not influenced by “The Conqueror”.

“No, I don’t have a relationship with anybody I’ve competed against. MMA is tough. For me, I don’t really make friends. My opponents are my enemies. So [Brock] didn’t reach out.” Cain Velasquez said. “I went over to the WWE Performance Center in Florida about a year ago, trained out there, and got my feet wet. I’ve always liked it, I’ve always watched, but to actually go into the ring and do it, it feels perfect.”

The ex-UFC Heavyweight king took part in a six-man tag with Psycho Clown and Cody Rhodes, who squared off against Taurus, Los Mercenarios Texans Jr., and a mystery fighter.

Cain Velasquez can take part both in UFC and WWE combats thanks to his current UFC contract. The BJJ black belt hints he’ll continue competing in wrestling events after Triplemania.

“Cardio Cain” last fought in MMA against Francis Ngannou, who stopped him at UFC on ESPN 1 via nasty punch after only 26 seconds. Velasquez said he wasn’t knocked out and claimed he lost the bout because his knee buckled.

Before that, the AKA (American Kickboxing Academy) product was forced to take two years off from MMA due to injuries. His last UFC win happened at UFC 200 against Travis Browne on July 9, 2016. 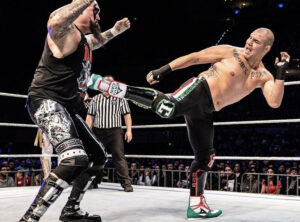 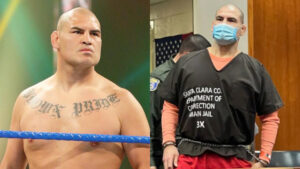 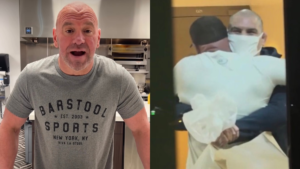 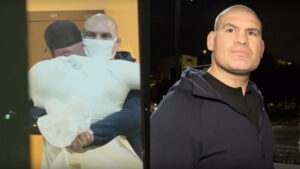 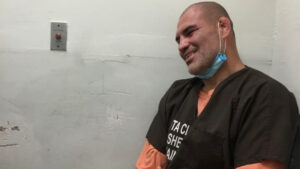 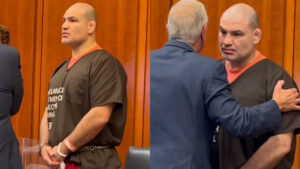