Trevor Noah has a target on his back. And it’s no other than UFC Featherweight Bryce Mitchell who has his eyes on fighting him.

The popular late night show host would get Mitchell’s attention after cracking some jokes about the recent ‘freedom convoy’ that is occurring in Canada. The news story Noah covered is in regards to dozens of truckers protesting COVID-19 mandates. As a result, truckers would block certain roads with convoys of trucks.

This would effect the economy with shipments of products not getting to their destination as well as blocking traffic from getting anywhere. Noah would smear the protest, cracking jokes about the movement.

“They want vaccine mandates gone. They want mask mandates. They want to be free to sneeze into stranger’s mouths again like the good old days.” Noah said sarcastically on his late night show.

Noah would also take some shots at the support the truckers got, especially from some US republicans.

“These truckers are finding a lot of support, not just from Canadians, but from Republicans in the United States. Rand Paul, Donald Trump, everyone on Fox news are coming out in support of these truckers. Which I do find kind of funny because all of these people who are cheering on the truckers are like, ‘yeah, shut it all down! Truckers, bring the economy to its knees!’

“Aren’t the [supporters the] same people who said we shouldn’t have any COVID restrictions, because the last thing we wanted to do is bring an economy down to its knees? So, basically it’s not worth hurting the economy just to save countless lives, but it is to make a point?”

UFC fighter Bryce Mitchell doesn’t mind listening to the media’s different perspectives on news stories, however he is no fan of how Trevor Noah talked about the truckers in this story.

‘Thug Nasty’ thought Noah was belittling the ‘working man’ while he is off making millions of dollars. Let’s just say the show host won’t be off the hook until he steps into the cage with Mitchell.

“I like to watch a little bit of all different perspectives in the media,” Mitchell said in an Instagram video. “So I get a good idea about what’s going on and I try to be unbiased. I watched this shit on Comedy Central the other night. And it’s ironic because the shit wasn’t funny at all.

“Trevor Noah wants to sit there and talk shit about Canadian truckers, who can’t defend themselves. And they’re out of a job while he’s making millions talking shit to people who can’t defend themselves. These people risk their lives to put food in our fridges. They haul heavy equipment across ice. These guys don’t want to put poison in their bodies and in their children’s bodies. So they’re fed up with the crap that’s going on.”

Mitchell wouldn’t stop there. He’d go off, offering a unique challenge to Noah.

“Trevor Noah, I’ll fight you with my hands behind my back. That’s right. No hands. And I’ll still kick the shit out of you. I’ll give all the money to charity. Come on now, don’t be a coward. Take the fight. We’ll give the money to charity and we’ll put on a show. And all you got to do is take a good ass kicking. Come on, man. Let’s do it.

“And hopefully they don’t ban this post… bunch of communists.”

Bryce Mitchell is already set to fight Edson Barboza next, however that won’t stop him from calling out the popular late night show host for a charity fight. 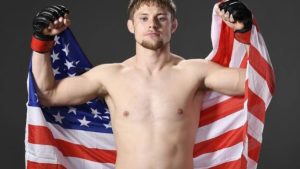 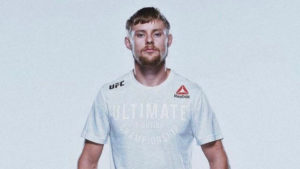 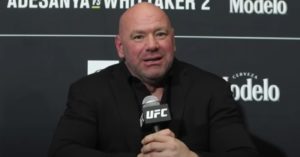 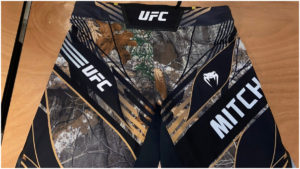 Bryce Mitchell Gets Venum Camo Shorts Ahead Of UFC 272, Says Prayers Have Been Answered