The outcome of WWE Royal Rumble of 2018 probably didn’t surprise too many fans, with former UFC heavyweight champion Brock Lesnar bested Kane to hold onto the Universal Championship, but Lesnar himself has stunned fans with his actions inside the ring.

Brock Facing off with Braun Strowman, who was taking his third shot at the Universal Championship, Lesnar ended up eating a knee that would likely have put lesser men to sleep. 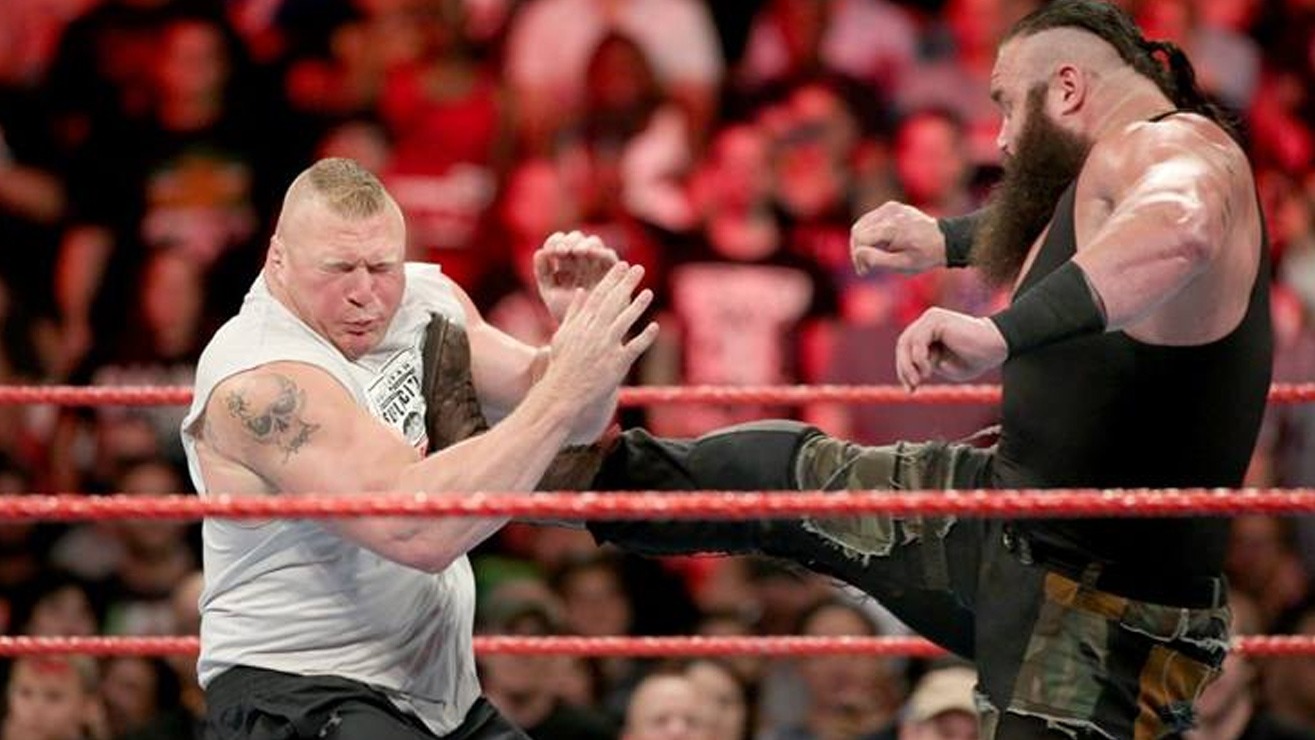 Strowman wound up hard, connecting flush to the right cheek and knocking Lesnar’s jaw. Stunned from the shot, Lesnar would finally get his own back, landing a hard right-hand punch to the side of Strowman’s head, just behind the ear. You’d think that having taken so many punches in the UFC that Lesnar might have gotten used to it. You might be wrong.

Luckily, both wrestlers took their individual hits as only gigantic, extremely hard, human beings paid to fight each other can – they shook them off and finished the fight, with Lesnar coming out on top after 11 minutes of destruction and a couple of smashed announcer’s tables, retaining his Universal title. 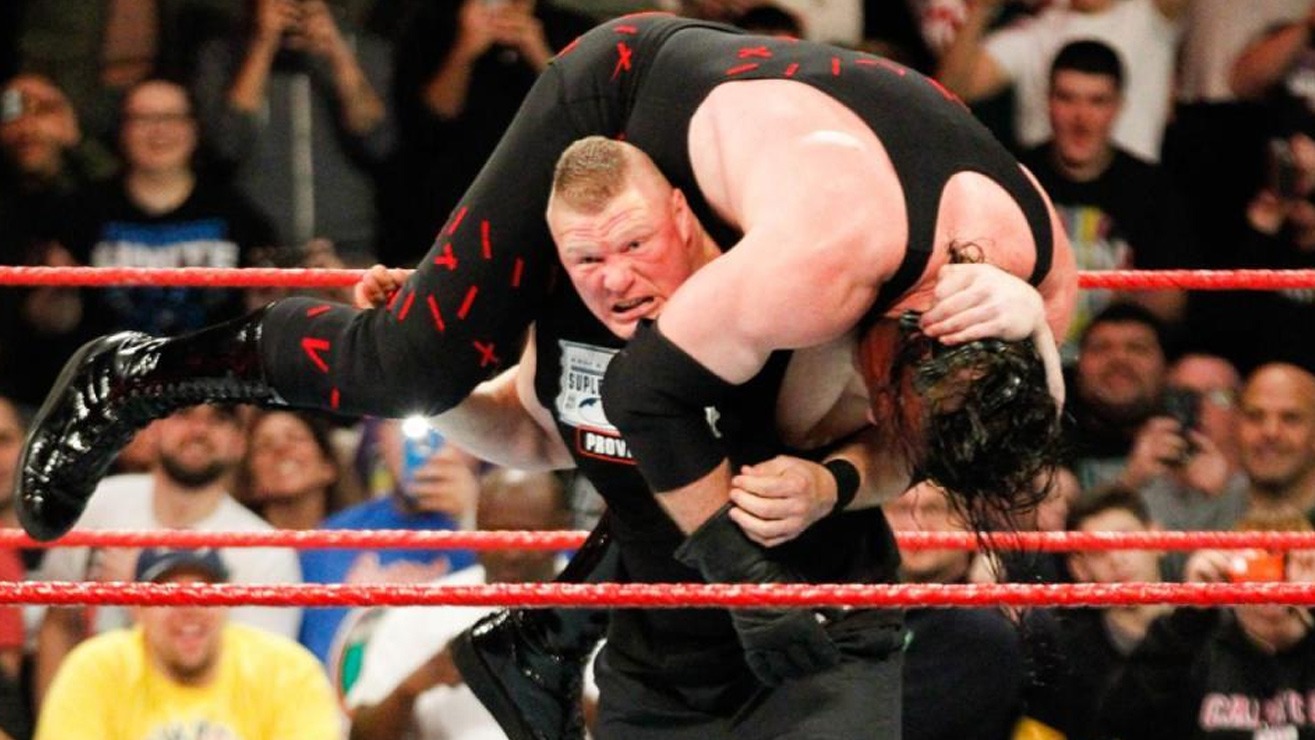 Braun Strowman would scream at Brock Lesnar following the match that Lesnar hadn’t knocked him, or pinned him, but all Lesnar could do was raise the tile on stage while Braun watched from back inside the ring.

Check out the head knee below.