Brock Lesnar Wrestles With Gable Stevenson At University Of Minnesota 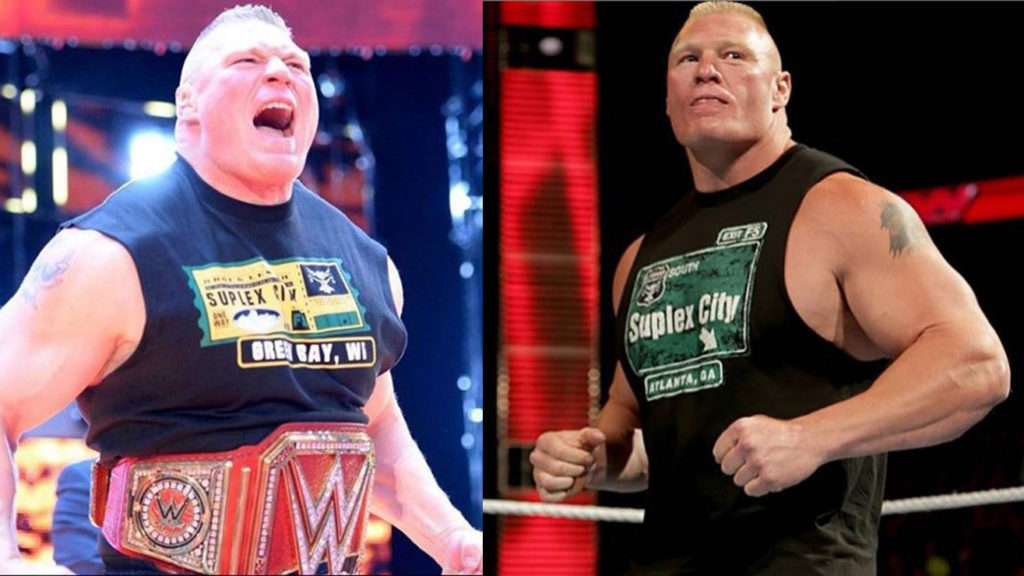 Brock Lesnar Shows His Wrestling Skills Versus Heavyweight Gable Stevenson At The University Of Minnesota!

Brock Lesnar (5-3, 1 NC MMA, 4-3, 1 NC MMA) has always been a controversial fighter. He was given a chance to sign for UFC after only one fight. Despite he earned a UFC score of 1-1, he was given a title shot.

Lesnar fought Randy Couture at UFC 91 and won Heavyweight belt. “The Conqueror” defended the title two times, versus Frank Mir and Shane Carwin, before he was dethroned by Cain Velasquez at UFC 121.

On July 7, 2018, after the main event of UFC 226, the current WWE Universal champion Brock Lesnar stormed the cage and challenged the new Heavyweight champion Daniel Cormier for a title shot. But even six months later, it is completely unknown whether Brock Lesnar is going to meet Cormier.

Brock Lesnar needs to finish out his USADA suspension first. Let’s remember, Brock was punished after his UFC 200 samples were tested positive on clomiphene. Despite he won Mark Hunt via unanimous decision, it was later overturned to no contest.

On Wednesday, Brock Lesnar visited his college, the University of Minnesota, but he didn’t just come to greet everybody and shake hands. Brock actually took part in a wrestling session with a Heavyweight competitor Gable Stevenson.

Gable Stevenson is a four-time state champion in high school, and one of the greatest rising stars.

Now let’s look in the past. Before “The Beast Incarnate” appeared in WWE and some of the highest paid UFC PPV (pay-per-view) events, he was a two-time All-American and two-time Big Ten champion (1999-2000).

Thank you Brock for coming in today and working with me! 〽️ pic.twitter.com/j1eCxxlV4R

Thank you Brock for coming in today and working with me! 〽️

What do you think on this wrestling session? Does this mean Brock Lesnar prepares for the fight Daniel Cormier? Will the two meet in 2019?

Very interesting to see Brock without being on his "Roids"! It makes you wonder how massive he was during his college years, had Brock been using the roids during his college years... Steveson is only 18 years old and is about to achieve a level far beyond what any heavyweight wrestler has "ever" achieve. 2 cadet world championships, 1 Junior world championship and now potentially winning 4 NCAA division 1 Championships. Steveson is ranked 1 or 2 in most rankings. He should be ranked #1 but the University of Iowa Senior Sam Stoll bowed out from wrestling Steveson in their dual meet. The only heavyweight better than Stevenson was last years NCAA champion and Olympic champion Kyle Synder and runner up Adam Coon. Steveson is a very unique heavyweight with a combination of skill, strength and speed. To see him doing back flips with the ease of a gymnast is just incredible. Actually, it was nice of "Brock to visit Steveson and train a bit but Steveson skill set is far superior to Brocks. Anyone who hasn't seen Steveson wrestle just needs to go into "Youtube" and be amazed how young and talented this future 4 time NCAA champion and possible Senior World and Olympic champion is...just amazing!