Brock is the 96th most powerful athlete in the world. Fedor is #82

After 12 hours of driving, traffic lines start to look like long strings of cement licorice, traffic cones take on the appearance of candy corn and that dead deer on the side of the road just looks like one huge edible gummi bear. You tell yourself this newly discovered candy universe is one of the best kept secrets in the world and if anyone else found out about this, history books would have to be rewritten. That’s the exact moment when you realize you need to just pull into your nearest 7-11 parking lot and pass out in your passenger seat.

Traveling across the country is no easy task. It’s not as fun as what most romantic comedies makes it out to be yet it still pales in comparison to the difficulty level it takes to make the list of The100 Most Powerful Athletes in the World. I didn’t make the list nor will that 2nd place trophy you got from your 5th grade soccer team certify you a spot either. We got shafted. Get over it. We can drunkly eat all the carbs we want on our friend’s living room floor on a Friday night. That’s the entire reason why Taco Bell exists.

BusinessWeek.com has released their list of the ‘100 Most Powerful Athletes in the World’ and our boy Brock Lesnar ranked 96 while The Last Emperor pulled in at 82. I didn’t even bother to look to see who was ranked the most powerful athlete in the world but I imagine it must be every one of Godzilla’s opponents sewn together by the torso and stuffed with stuffed with sticks of ‘Idontgiveadamamite’. Yeah, that sounds about right. [Source] 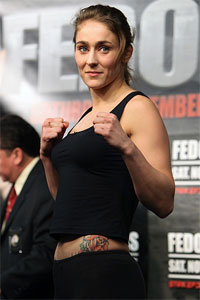