The famous actress Halle Berry prepares for the role in her new movie, and it seems the UFC 145-pound fighter Brian Ortega will assist her along the way!

The main character of the film is an MMA fighter named Jackie “Justice” (Halle Berry). Despite she failed at fighting in the past, everything changes when her 6-year-old son Manny returns to her life. (h/t Deadline)

“The plot follows Jackie “Justice,” a disgraced MMA fighter who has failed at the one thing she’s ever been good at – fighting. When 6-year-old Manny, the son she walked out on years ago, returns to her doorstep, Jackie has to conquer her own demons, face one of the fiercest rising stars of the MMA world, and ultimately fight to become the mother this kid deserves.”

According to Berry’s social media post, Brian Ortega helps her improve the skills for the upcoming role.

All about this #ManCrushMonday, @BrianTcity – the #1 @UFC ranked featherweight 👊🏾! So grateful he said yes to training with me in preparation for #BruisedTheMovie, and cannot wait to share what we cook up together 🔥 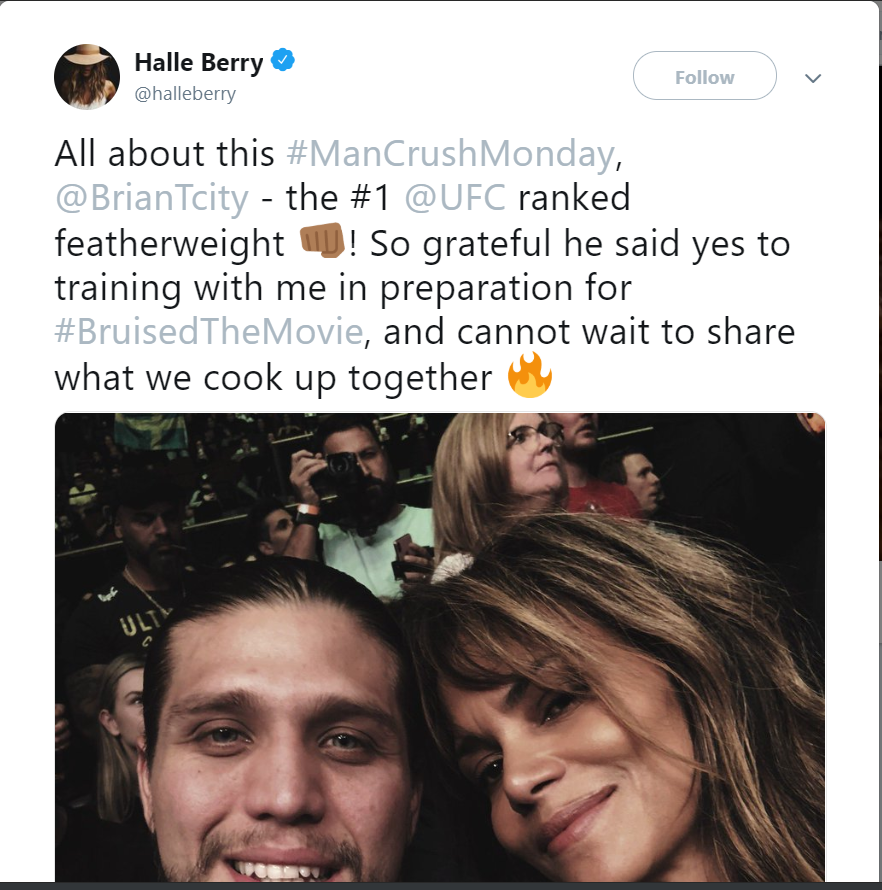 Halle Berry sat in the front row next to “T-City” at UFC 232, on December 29, 2018, where Amanda Nunes demolished Cyborg to become the first female two-division champion in the UFC history.

Brian Ortega suffered a broken nose and a thumb injury, and he was hospitalized after the fight. Ortega also received prolonged 180 days’ medical suspension. At the moment, “T-City” is recovering from nose surgery.

Do you think Brian Ortega will prepare Halle Berry for her MMA role well?