In 2010, lets all collectively make a New Year’s resolution and stop saying the phrase ‘He’s a beast’. In 2008, the planet eliminated the catch phrase ‘Take it to the next level’ and the world has been a better place ever since. But it’s still 2009 and I still have a few months left so…Brett Rogers is a beast. The mohawk adds 20 points to his punching power. Despite Rogers admitting that he’s only watched one Fedor fight, Rogers says that he will launch Fedor’s head directly into the 8th row. If you happen to be sitting in the vicinity, you may have a souvenir that you can sell on eBay:

“I’ve been working hard on my wrestling and ground skills so even if it does end up on the ground, I’ll just scramble to my feet and continue to pick him apart”

“The main difference between me and him is that he will come out looking for a quick submission where as I’m going to be looking to knock his head into the 8th row. Don’t get me wrong I respect him as a fighter, but he’ll respect me even more when I lay it on him and knock him out.”

“He can’t afford to get sloppy with me like he did in the Arlovski fight, if he comes in looking like that again it’s going to be a short night for him, I don’t play around when I’m in there”

“If anything he should be the one worrying about my ground and pound, I haven’t shown too much of it in the cage but he will get to see it first hand.”

“He might be 30-1 but half those wins weren’t even under MMA rules, if you only count his MMA fights our records would look about the same.”

The 30-1/MMA rules Rogers is referring to is Fedor’s RINGS fights which was actually a hybrid wrestling/striking organization that technically was MMA and technically wasn’t. So it looks like Brett Rogers has done his Fedor homework. [Source] 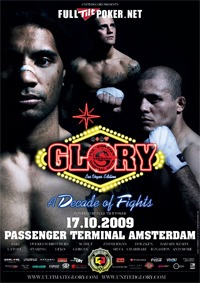