Brendan Schaub Claims He and Dana White Are Eskimo Brothers… Who Could It Be?

If you haven’t seen it yet, Brendan Schaub absolutely ether-ed Dana White on Twitter this afternoon.

Take a quick minute and read his entire message. It’s worth it. 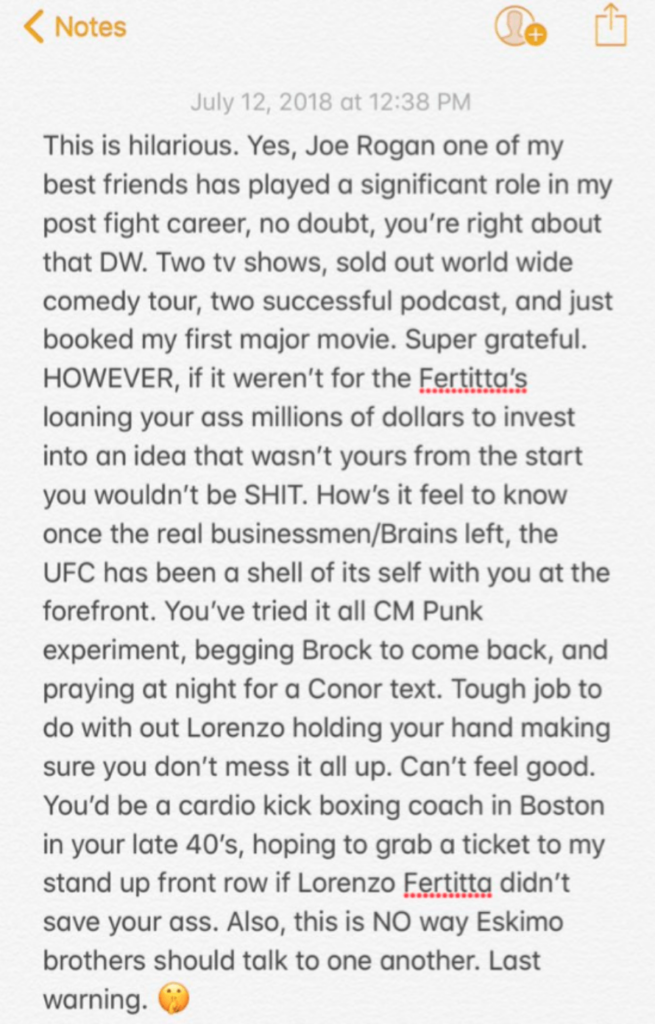 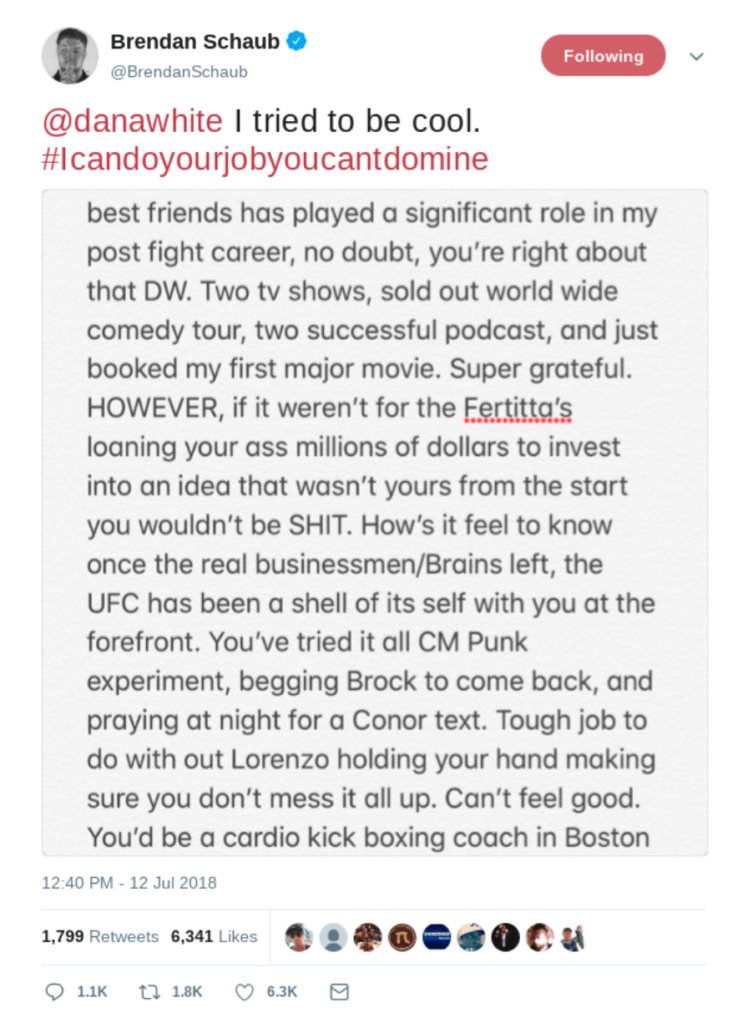 First of all, god damn was that brutal. And accurate. Very accurate. Dana should be hiding in a deep, deep shame.

But let’s focus on the real shit here. Brendan Schaub and Dana White are Eskimo Brothers? What?

For those not aware of the term, Eskimo Brotherhood is phenomenon that occurs when two guys have shared sexual relations with the same women. Not simultaneously mind you, but just at some point. Like if you used to date someone and you had sex with that person, every person she has sex with after you is now your Eskimo Brother. Doesn’t it feel good to know you have an entire Eskimo family around the world? It warms my heart.

But it seems like Brendan Schaub and (married) Dana White have both made the “beast with two backs” with the same (lucky?) lady. That’s  to be throwing out there on Twitter. Schaub a savage for that. We can only wildly speculate on who that person is, but hot damn, she must feel awkward as fuck right now.

And to think this was all caused by a simple Instagram post by Israel Adesanya and Dana White hopping in the comments to shit on Schaub. I guess you gotta always watch for that clap back.

“Such a f—kin tool!!!!” White commented. “What the f—k does this idiot know about the sport or the business??? @stylebender for u to be listening to one word from this MORON is a waste of ur time. Guy went 6-5 in the UFC!!! The only thing he could teach u is how to get KO’d. Tune idiots like this OUT.”