The UFC Mexico City crowd was rowdy, to say the least. Once the results of the unfortunate Jeremy Stephens vs Yair Rodriguez eye poke finish was made official, the crowd begin to throw items in the octagon. Video footage can be seen of fans pelting Stephens with beer bottles and popcorn.

UFC commentator Brendan Fitzgerald took precautionary measure himself after the bout, hiding under his announce desk… just in case. It should be noted that Fitzgerald still delivered in his commentary role without missing a beat.

As previously mentioned, the crowd was hostile. While throwing items into the octagon is never acceptable, outsiders may be able to understand the crowd’s frustrations. Out of 494 UFC events, only 6 of them has ever been held in Mexico. Consequently, a hostile crowd is expected when a high profile main event is taken away due to an eye poke injury 15 seconds into the contest.

Without a doubt, the MMA community expected Fitzgerald’s commentary partner Michael Bisping to capture the footage. And, Bisping delivered.

LMFAO! Brendan Fitzgerald hiding under the desk from the Mexican fans is too much😂😂😂 #UFCMexico pic.twitter.com/rzQKh1VxIO

In the footage, the hostile crowd is shown howling their frustrations. Capturing the video, Bisping showed a mob of fans pelting Jeremy Stephens with beer bottles, popcorn, and whatever else they could get their hands on. Naturally, Fitzgerald took the extra precautionary measure to hide out from the crowd until they settled.

Fitz Has Fun With the Viral Moment

Noticing his moment circulating within the MMA community across social media, Fitz got in on the fun. Letting everyone know that he’s on the pulse of what happens in MMA culture. Acknowledging the under the desk phenomenon, Brendan took to Twitter to let everyone know he was okay, in his own way.

Fitz posted a photo on Twitter hiding under another desk at his hotel. However, this time he was accompanied by a refreshing margarita.

Reading “Now the work is done. Time for a post-fight margarita here at the hotel,” Brendan posted from his hotel. 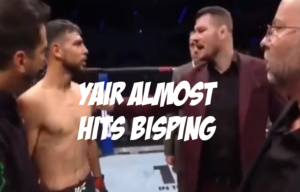 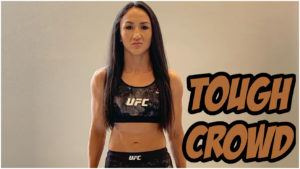 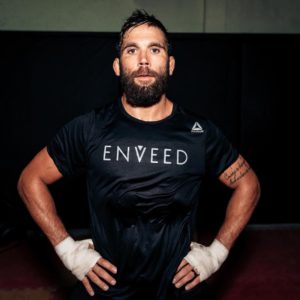 Jeremy Stephens Ready to “Run It Back” Against Yair Rodriguez 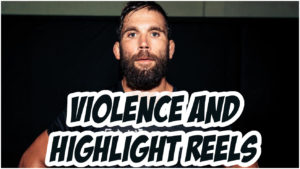 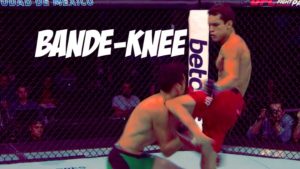