Interim lightweight champion Tony “El Cucuy” Ferguson could be out of action for the indeterminate amount of time, while after undergoing surgery on his left elbow.

While Tony Ferguson hasn’t let out a peep about any injury or surgery, wife Cristina Ferguson posted a post-surgery picture on her Instagram and wished her husband a speedy recovery. 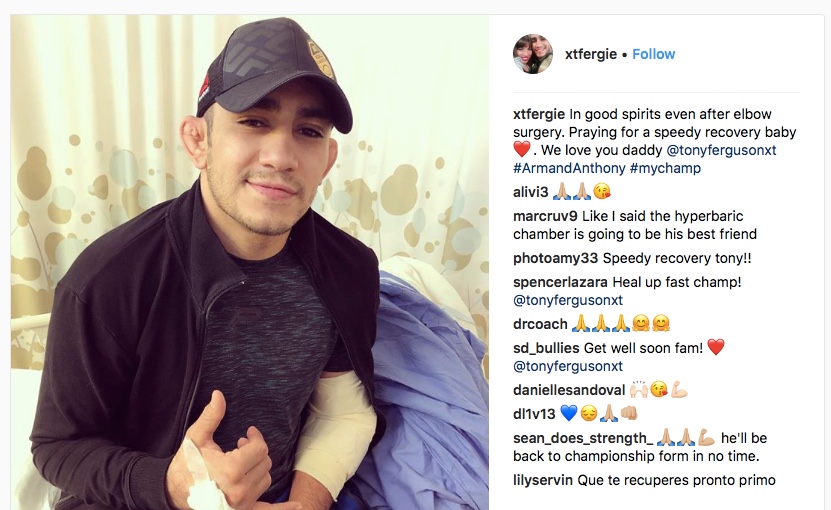 Ferguson (23-3) was last seen defeating Kevin Lee in a third-round submission at UFC 216 in October. The triumph earned him an interim title, which was necessitated by undisputed champion Conor McGregor taking a break from MMA in 2017 to pursue a blockbuster crossover bout with all-time great pugilist Floyd Mayweather.

we hope Tony Ferguson recovers swiftly, even if he may still just be waiting to see what McGregor decides he wants to do next.