Ahead of his UFC 256 title fight, artist Mode Orozco paints a giant mural for Brandon Moreno 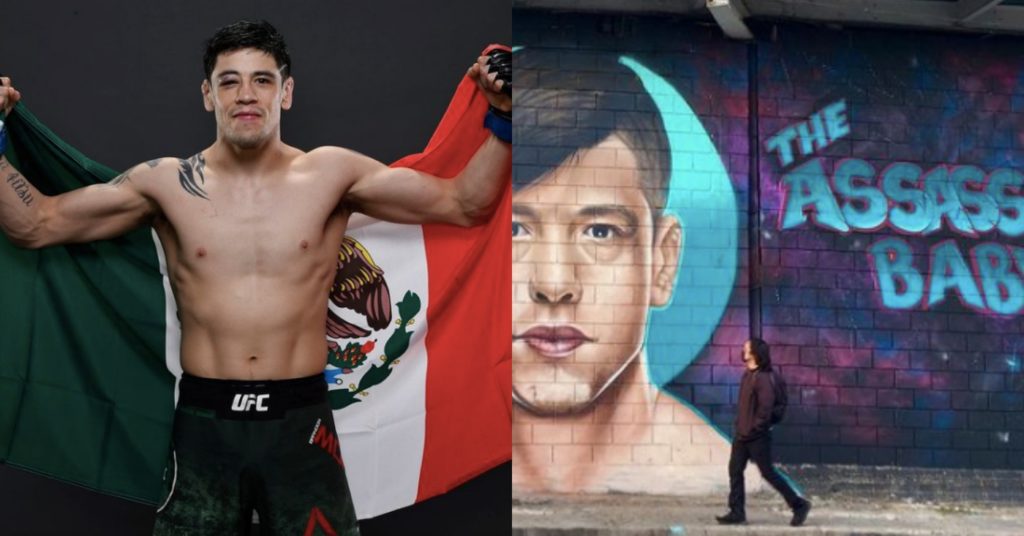 Mexican flyweight title challenger Brandon Moreno is set to get his first shot at UFC gold this weekend, at UFC 256. Ahead of the bout, the support from his homeland is being felt by a giant mural that has been erected in his honor.

The closest thing that the UFC has had to a Mexican champion is Cain Velasquez, but Moreno hopes to change that on Saturday night. The Tijuana native is heading into his title fight against Deiveson Figueiredo, after both men have made quick turnarounds. The champ headlined the previous pay-per-view event against Alex Perez, which also featured Brandon taking on Brandon Royval, but both men won their bouts in quick fashion. This led to the UFC asking them to face each other on the next numbered event, which had been struggling to hold onto a solid main event.

It is important for Brandon Moreno to win the title, not just for his personal reasons, but because he is proud to represent Mexico. It seems that the country is happy to have him as a representative too, as artist Mode Orozco has painted a giant mural on a building in Tijuana to show support for the challenger. He uploaded a photo of this awesome artwork to his Instagram, wishing Brandon luck this weekend.

It would seem that this awesome wall painting got the attention of Moreno. He commented on the post, thanking Mode for the mural, and saying that he was left speechless by the art. It is clear that this had boosted his motivation heading into UFC 256.

“Brother I do not have words to thank you for this detail, It is super cool and I hope that I return to meet you and take a photo in front of the mural, thank you very much 🙏🔥🔥”

This is an awesome piece of art, and it must have been surreal for Brandon Moreno to see. We have seen some pretty awesome things painted for MMA fighters over the years, but this is definitely one of the best.