Botchamania 254 is here and you’ll watch it if you know what’s good for you. 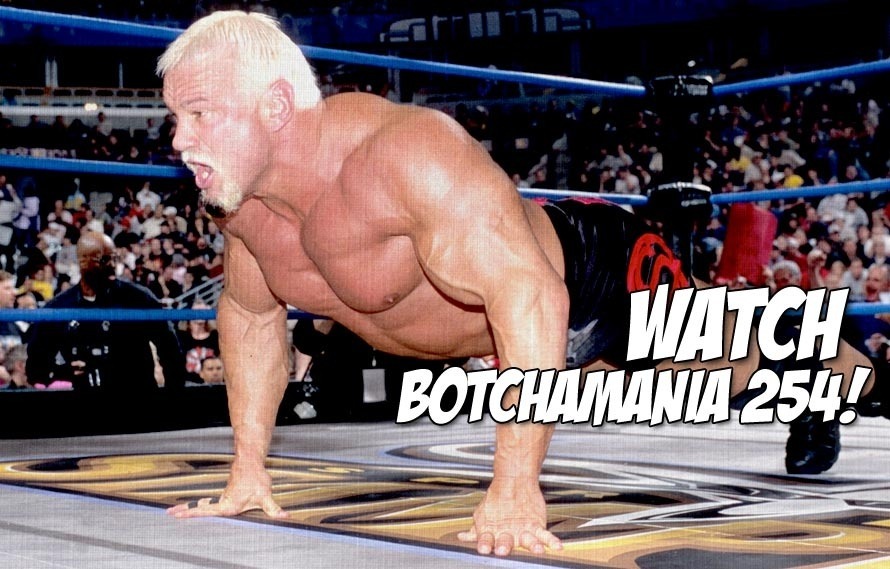 People always talk about how pro wrestling is “fake” as if the people watching it aren’t aware of it. That’d be like a wrestling fan going up to someone who’s watching Mad Men or True Detective, screaming how it’s fake. Yes, of course it’s “fake” that doesn’t mean you can’t enjoy it, just because it’s fake doesn’t mean the storytelling can’t be good. It doesn’t mean the matches themselves can’t be visually appealing and create a sense of drama that’s rarely rivaled.

Of course there are times when the curtain gets pulled back a bit on wrestling. When someone horribly botches a move in which case if it was during the pre internet era, it would’ve died and never been seen from again. Now we have the amazing technology that we know as the internet (thank you Al Gore.) So we can relive these botches in all their hilarity. For the millions reading this at home, I present to you, Botchamania. Or in the case you actually are a wrestling fan, you already know of Botchamania but whatever.