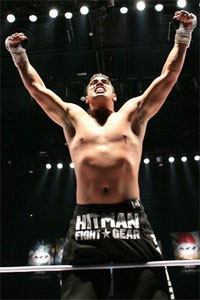 If you’ve spent more than two minutes on MiddleEasy then you probably know that we herald Bobby Lashley as the second coming of Optimus Prime. If freakishly large muscles were currency, Lashley could donate his thigh to save Darfur. Lashley is 4-0 in MMA and has defeated Bob Sapp via brutal ground and pound, Clay Guida’s brother through a unanimous decision and Mike Cook via humiliation. When he isn’t staring in Lucha Libre fights he usually trains with Depictions in Denver, Colorado. Dude is everything you ever wanted to be since you picked up your first Thor comic when you were a kid. We knew that Lashley was signed to Strikeforce and was scheduled to make his MMA debut in January 2010, now we know who his opponent is…and the dude is no tomato can.

Shane Del Rosario is 9-0 and only one fight has gone past the second round. He’s upset previously undefeated fighters like Carl Seumanutafa (a guy that KOd Mike Cook with one slam) and when Del Rosario was clearly rocked by Brandon Cash last month in Strikeforce, he managed to regain his compose and finish Cash with a nice omoplata in under three minutes. Shane Del Rosario also likes to pick up supermodels on fashion show catwalks.

According to MMAWorldwide, both parties have agreed to bang against each other on the January 30th Strikeforce card which goes down in friggin Miami. Now both Lashley and Del Rosario are just awaiting confirmation from Strikeforce which will probably come in a neatly typed press-release sometime this week. Tough fight for Del Rosario and an even tougher fight for Lashley…but how the hell do I know? I’m just a dude that sits at my desk, eat baby carrots out of a bag and writes about MMA. [Source]

Cris Cyborg may pose for Playboy, so here is a topless picture of her
← Read Last Post 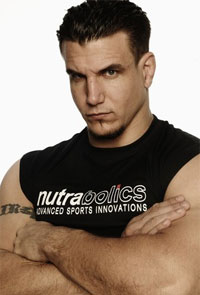