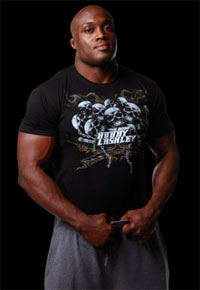 Leave it to a Tucson firefighter to potentially end Bobby Lashley’s Strikeforce career. It’s a small world when Chad Griggs introduced my friend to his fiance at an MMA event in Nogales, Mexico. He’s the same guy that helped me come up with our list of The Top Ten Fades in MMA. We composed the entire list on a few kitchen napkins in-between games of beer pong on a Thursday afternoon. A few days ago, he proposed that we should do our own New Years Eve event and call it ‘The Fadeagon’ (which is an overly cheesy playoff on ‘The Octagon’). Sixteen fighters would be chosen to participate in the tournament based on fade alone. Brackets would be assembled, and you guys would vote on who would advance to the next round. It’s a ridiculous premise, just ridiculous enough to work on MiddleEasy. If you guys dig the concept, then sound off in the comment section. Otherwise, I’ll just file it in our cabinet of ideas under ‘A’ for ‘absurd ideas that are only funny at 3:00 am’.

In a recent tweet, Bobby Lashley announced that he will be fighting on December 10th or 11th in a MMA organization other than Strikeforce.

“I’m so happy to say I will be fighting again December 10 or 11. I will have all the details within the next few days.”

Scott Coker thinks Lashley needs to take it easy with the sporadic fight announcements. Even though he’s no longer under contract with Strikeforce, the organization still has an exclusive negotiating period with Lashley.

“I haven’t heard anything about it and we don’t have an event [on Dec. 10-11]. Any kind of an announcement on Bobby’s part might be a bit premature. Bobby can take a fight in a smaller place or another promotion, but I think he’d need to get our approval first. We do let our fighters under contract fight for other organizations, but we have a lot invested in them and should have the right to approve where and when they fight.”

“Bobby doesn’t have any fights left on his deal, but we’re talking with him about getting more fights. We’ve been talking [since after the Griggs fight]. The discussions have been friendly, but we just have to get everyone on the same page when it comes to value. I think there’s a lot of fight left in Bobby. I just think that in this sport, sometimes you have to take a step backward to take two steps forward.”

If freakishly large muscles were currency, Lashley could donate his thigh to save Darfur. [Source] 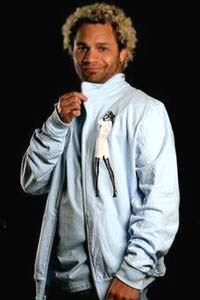