Video: Bob Sapp Gets Beat Down by Heavyweight Supernova Aorigele at Road FC 32

Alright, I know what you’re waiting for, so here it goes: Bob Sapp gonna’ Bob Sapp. Although it did look like Sapp kind of tried on this one, it didn’t take long for him to end up in the fetal position like most of his latest fights. This time, the opponent was more interesting than the loss. Let’s take a look at his dude who blitzed Sapp in the first round at Road FC… 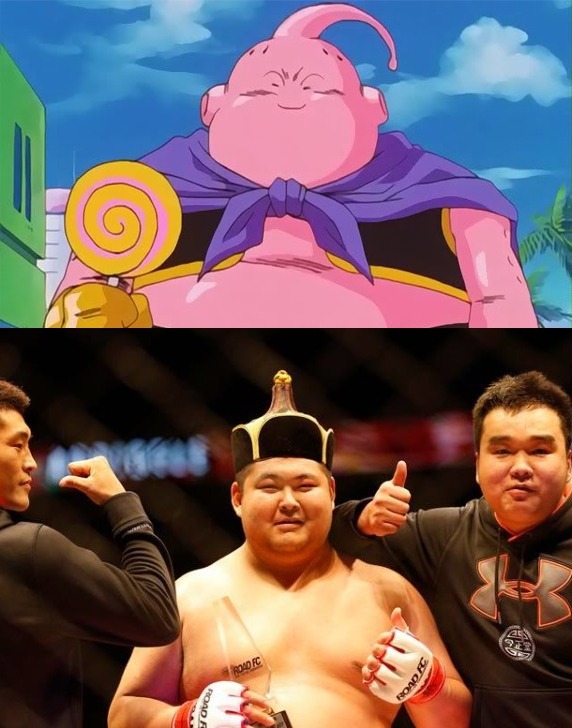 Bob Sapp was basically beat by Majin Buu. I mean look at Aorigele!? He looks so fat and content. If he was auditioning for the part in a Dragonball Z movie, they’d send all the other people home after see him (Hmm, that actually sounds like a good idea). He even does a cute little dance whenever he wins after his team place the magic hat on him.

Check out the entire fight below and marvel at the Heavyweight Supernova.