Blast to the Past: A look at Jose Aldo’s soccer kicks to the dome of Aritano Silva Barbosa in 2005 (graphic)

Editor’s Note: There isn’t anything graphic about the fight, the article just contains a graphic.

Soccer kicks. Hated. Reviled. Loved. Argued. Enjoyed. Applauded. Scoffed. A soccer kick brings out emotions in us. Emotions that thankfully prove we are humans. That is, unless we are extremely advanced cybernetic beings that have programming capable of making a discerning CPU show strong emotions based on personal violent preferences. Basically, we’re talking one serious AI here. You don’t even have to keep the Kinect on at all times to make it work. Soccer kicks are controversial, this much is known.

But what is a soccer kick other than a head kick to someone that is standing up sideways? We created a graphic (mentioned in the headline) using multiple figs of science to display this point. 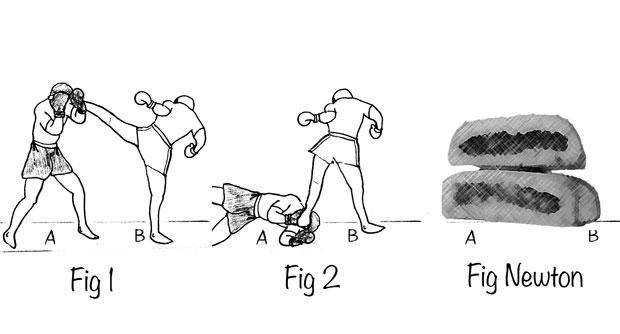 No matter your opinion on soccer kicks happens to be, they are an important part of MMA’s history, and Jose Aldo’s. Back in 2005 Jose employed his futbol skillz on the head of Aritano Silva Barbosa in Jose’s fourth fight ever. This also happened to be the second time he won via soccer kick stoppage at that point in his personal history. Now I make the obligatory reference to an alternate dimension where soccer kicks are allowed in Aldo/Pettis, and we all reflect on the rawesomeness of that trans-dimensional fact.