Jan Blachowicz became the first Polish male UFC champion at UFC 253 and was greeted by a swell of Polish fans upon arrival to his native land.

Jan Blachowicz is the UFC’s newest Light Heavyweight champion. After Blachowicz defeated Dominick Reyes by TKO in the 2nd round, his home country of Poland immediately erupted with excitement. Even former strawweight queen Joanna Jedrzejczyk showed her excitement for her fellow countrymen as the first male Polish UFC champion. Upon arriving back to Poland, Blachowicz was approached by a horde of amped fans as if he was an absolute rockstar.

Leading up to the fight, Blachowicz addressed how Poland viewed the fight. In their eyes, it was the biggest fight in the nation’s history. So much so, that Jedrzejczyk, the first female champion from Poland, worked as an analyst for Polish TV during the majestic performance.

After leaving Fight Island in Abu Dhabi, Jan returned home to Poland. As soon as he landed, he was greeted by a mob of rowdy fans. The wild welcoming was captured by Jan’s team on Instagram live, as well as Polish television. Take a look at the hero’s welcome.

“The entrance of the dragon,@JanBlachowicz. He surprised everyone #LegendaryPolishPower,” wrote TVP Sport on Twitter.

Thank you for your support both before and after the fight. The belt is in Poland now!,’ wrote Jan in response to the video.

After winning the title, Blachowicz has become extremely vocal on social media. Former champion Jon Jones took to Twitter to ask fans if he should attempt to recapture his title after Jan’s win. Jan responded in true champion fashion

Go be boring somewhere else. https://t.co/ptm17lpuSv

A New Level of Stardom

But, all of Jan’s social interactions haven’t been interactions with the former champion. Instead, a lot of them have been thanking fans and celebrities who have wished Blachowicz the best success going forward.

Some of those people have included Joanna, The Rock, and various other fighters from Polish MMA promotions such as KSW.

There’s a lot of Polish pride for the Polish hammer. 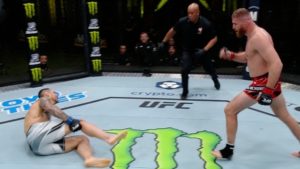 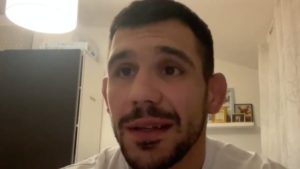 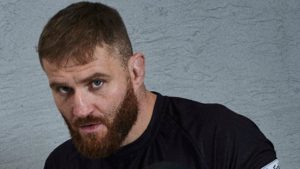