BJ Penn After UFC 237 Loss: “I Still Feel Good And The Desire To Compete Is Still There” 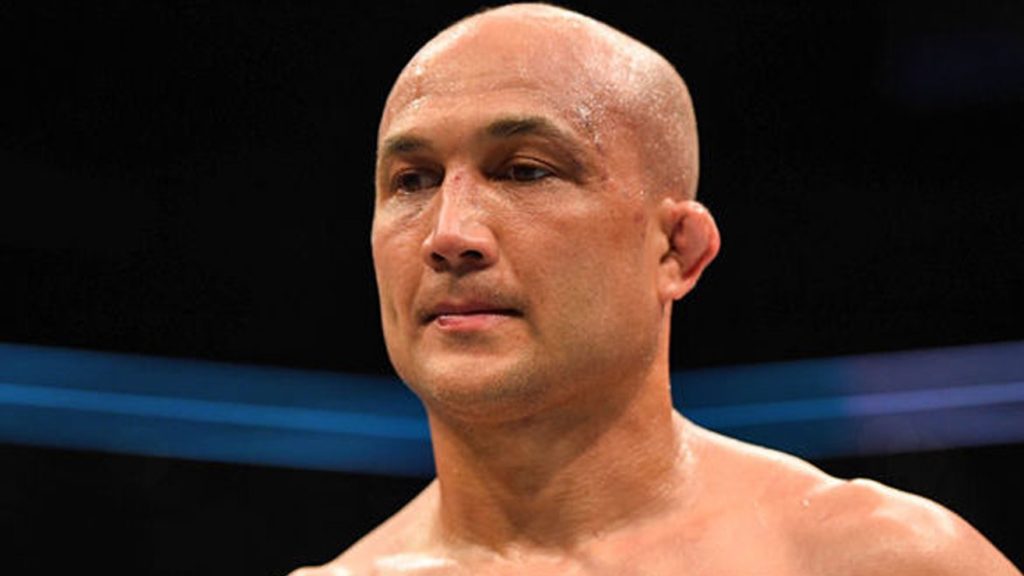 Former UFC lightweight champion BJ Penn squared off against Clay Guida at UFC 237 in a lightweight contest last Saturday (May 11, 2019) from in Rio de Janeiro, Brazil. However “The Prodigy” once again fell via decision. He’s no riding on seven-fight winless streak which is the longest in the UFC history.

Following his loss, it seems like BJ Penn still has that desire to compete and has no plans to retire from MMA.

“I know I am on a losing streak. I think they said it is the longest in UFC history or something. But that being said, I am not going out there and getting knocked unconscious,” Penn told BJPenn.com. “There are tons of guys, who would be considered in their prime, who still get knocked out cold – even this past weekend.”

“Guys” like Antonio Rogerio Nogueira and Sergio Moraes, who were both stiffened at UFC 237, though I’m not sure I would call either of them “prime.”

“I still feel good and the desire to compete is still there,” Penn continued. “It was a good scrap with Clay, who is a really tough fight for anybody at 155. You know what they say Chris, Babe Ruth set a record for most strikeouts too, right? But in all seriousness, I do this because I love it. Anderson Silva said it best: Never feel sorry for the Lion, because the Lion doesn’t feel sorry for himself when he is surrounded by a bunch of Hyenas ready to die.”

Former UFC middleweight champion and MMA legend Anderson Silva also came up short against Jared Cannonier. After the loss ‘The Spider’ has gone 6-1 with 1 (NC) in his last eight fights.

In his current losing streak, “The Prodigy” has stopped twice via strikes by Yair Rodríguez and Frankie Edgar.

It’s unclear when Penn will return to competition again. If he does who would you want him to fight next?