Bigfoot Silva has accused Cain Velasquez of illegal blows to the back of the head, and he even has photos to prove it

At UFC 160, Cain Velasquez vanquished Bigfoot Silva in 81 seconds. In their first fight at UFC 146 it took Cain 216 seconds to turn Silva’s face into crimson origami. That’s an improvement of 135 seconds — and yes I used a calculator to figure that out.

On Instagram this evening, Bigfoot Silva published pictures of his gargantuan melon with claims that Cain Velasquez struck him in the back of his head, thus making his gravity-bending skull even bigger. Here’s what he said regarding the photos, translated by our bud Google Translator.

Winning or losing is part of sport and every professional athlete has to be prepared for these these two results, sometimes what hurts is how you lose. The top photo on the left was taken hours after the fight, and on the right was taken today (Wednesday). Was told by several people who did not take whack at the back of the head, which is considered irregular.

I do not want to be making excuses for my loss, but rather have been unable to get knocked out or finalized, than to have lost in my view unfairly. Blow to the ear does not get swollen the back of the head

Now check out the photos. Personally, I can’t tell the difference between a massive head and a swollen head. It’s all incomprehensibly large. Props to @ThyMightyFrutas for the find. 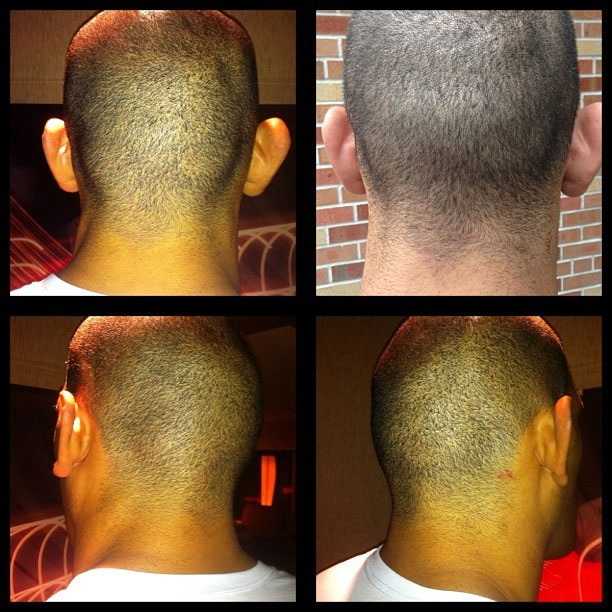 Josh Barnett vs. Frank Mir at UFC 164 should give you a warm and fuzzy feeling inside
← Read Last Post

This KSW promo tells us Mariusz Pudzianowski has been training for his McCorkle fight by driving his Lamborghini around Poland
Read Next Post →
Click here to cancel reply.