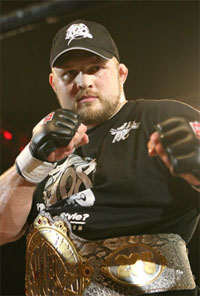 Guaranteed no one saw this coming. According to MMAJunkie, a bout between Roy Nelson and Junior Dos Santos is slated to go down at UFC 117. Last week I tried to explain the science behind Junior Dos Santos to this guy I knew that believes all MMA is based on homo-erotica and I couldn’t refrain from using the phrase ‘once he gets on top of you, it’s all over’. Doesn’t really help that dude’s perception of the sport nor does it even give justice to the force that is Junior Dos Santos.

Dos Santos looks like he should be an end-boss on Contra. Who else in MMA history has made Mirko Cro Cop verbally submit due to strikes? Aside from Cro Cop, Junior Dos Santos has ended all of his UFC fights via KO in the first round. Gilbert Yvel, Stefan Struve, Werdum and Gonzaga have all had their consciousness abruptly disrupted from the meathooks attached to Dos Santos’ arms and now Big Country Roy Nelson will be the next guy to stand in the way of Cigano.

Originally, Nelson was scheduled to bang against Cheick Kongo at UFC 117 but due to a back injury, Kongo had to dip out of the bout. A few days later, Roy Nelson said that he could potentially face Frank Mir in a fight so awesome, that it already happened. UFC 117 takes place in Oakland, California on August 7th, just weeks before the Oakland Raiders will start sucking for their nineteenth NFL season in a row. [Source] 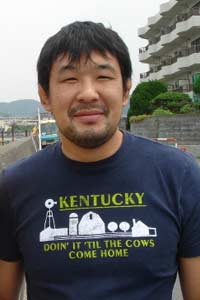