Former UFC welterweight contender Ben Askren has agreed to fight Jake Paul in a boxing match and explained why he would win. 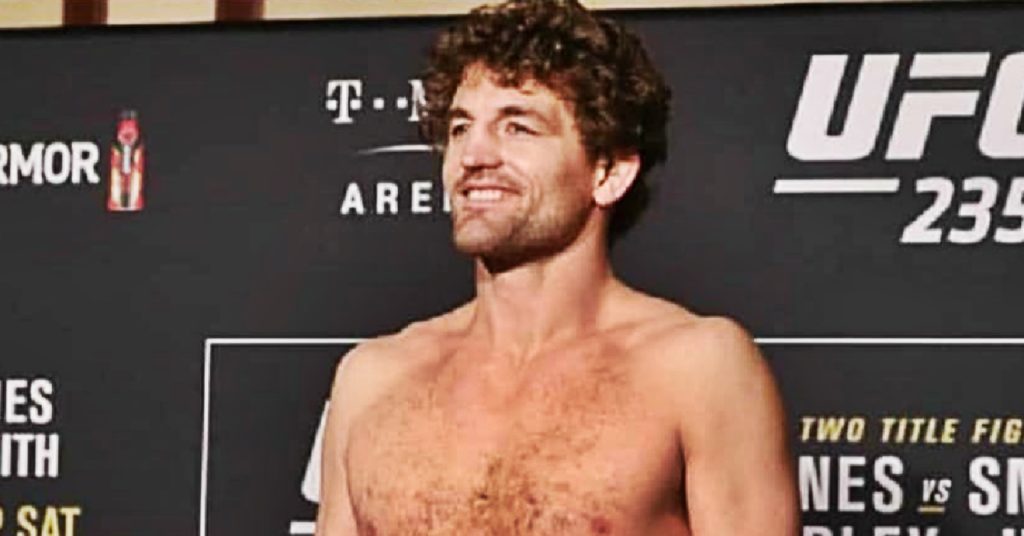 Former UFC welterweight Ben Askren was never known for his striking abilities. However, he is known for his fearless approach of taking on anybody and making it entertaining on the microphone. Reports were circulating around that Askren would be taking on Youtuber Jake Paul in a boxing match. Now, Askren has taken to social media to discuss why he’s taking the fight.

Askren was on the list of Jake Paul’s callouts after his brutal knockout of Nate Robinson on the Mike Tyson comeback card. Paul stated that he would like to embarrass MMA fighters inside of a boxing right to prove that they aren’t good strikers. Askren, Jorge Masvidal, and Conor McGregor were all on Jake’s list, with McGregor being the top priority.

Since then, Askren shared on social media that he was interested in the fight. Alongside Chael Sonnen who shared an image of what seems to be the official poster for the event.

. @jakepaul doesn’t trust many in the media to spread the word…. I’m was told “Ben then Dillion.” pic.twitter.com/evn9WdznoA

Furthermore, he discussed why he is willing to box Paul on Twitter.

“Yes Mr. Jake Paul, I do accept,” said Askren. “I know you called me out after your last fight against that bum Nate Robinson. Listen it’s a pretty simple choice. I’m gonna make a whole bunch of money to beat up a guy who is pretending to be an athlete.”

He continued by listing his own personal accolades and why Paul stands no chance against him. Although, Askren isn’t known for his ability to strike.

“I know you may think (that) I don’t have too many stand up skills. But, also at the end of the day, I don’t really need to. I’m a world-class athlete. I’ve won NCAA titles, I’ve been to the Olympics, and won belts in multiple mixed martial arts organizations. Quite frankly, I am impressed that you actually deluded yourself to believe you are a fighter.”

In 2019, Askren retired from MMA due to a list of injuries that turned into hip replacement surgery. During that time, he said that the chances of him fighting again were slim to none.

Now that Askren is returning to fighting, do fans want to see him fight Paul? Or, should he return to mixed martial arts?