UFC women’s flyweight champion Nicco Montano just dunked all over Ariel Helwani and we don’t know what else to say. Montano didn’t just dunk, she hung on the rim and kicked out her legs at Ariel. Her tongue may or may not have been out as she winked at the camera during this IG post.

Also, we kind of forgot the UFC had a flyweight champion.

The beef began with a Helwani earlier today (May 1).

UFC is losing patience with Nicco Montaño. As I reported last week, the plan was for her to defend the 125 title against Valentina Shevchenko in Calgary but they are having a hard time getting a commitment from her. While it’s not scrapped, they are now looking at other options.

To say the least Nicco Montano was not happy with Helwani’s tweet and took to IG to crack back at the MMA reporter. 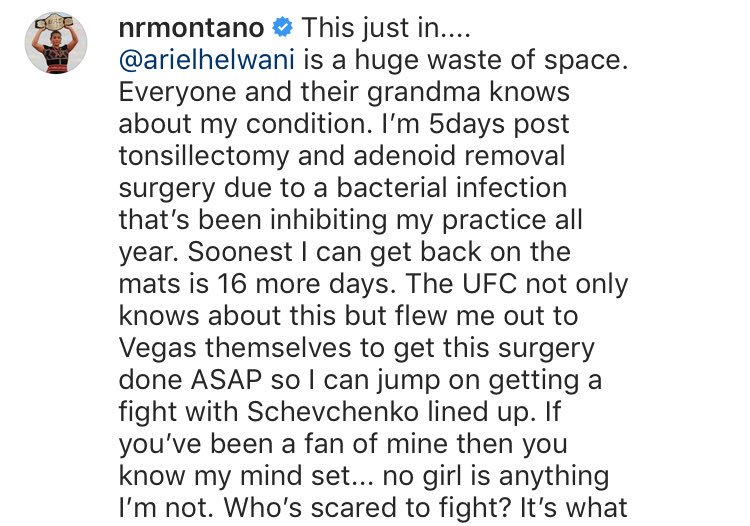 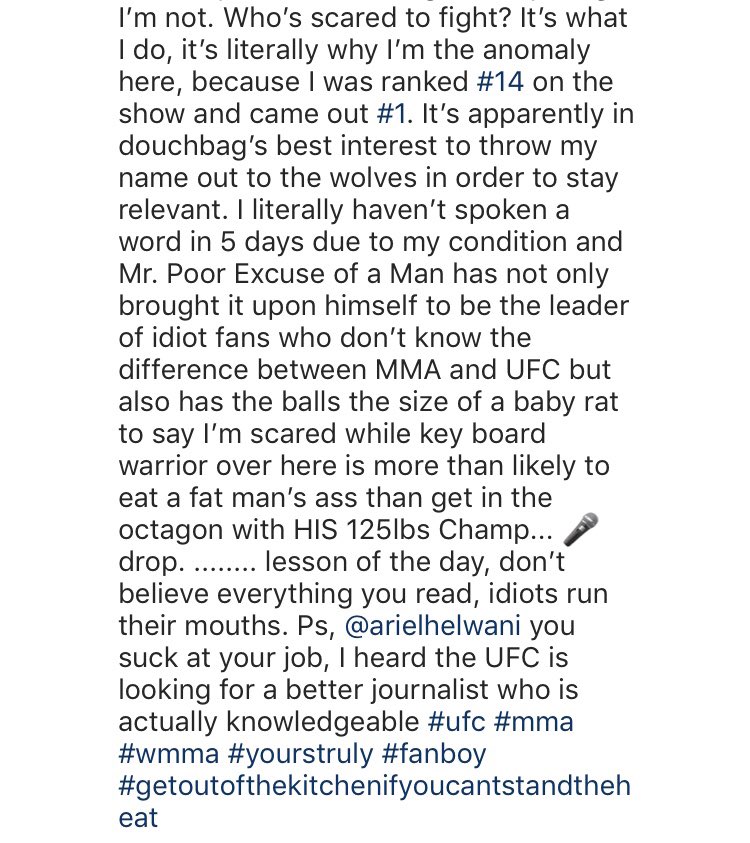 Pretty much bodied the hell out of him. Insert all the awkward grimace emojis right *here*. Why don’t you tell us how you really feel Nicco?

To sum it up: UFC may or may not be mad at Montano and Montano doesn’t have any time for Ariel Helwani’s tweets.

Watch: This epic Rizin fan-made trailer will get you hyped for this weekend
Read Next Post →
Click here to cancel reply.