As the old saying goes “a preprogrammed Cyborg never forgets”. Female featherweights are all the rage, thanks to the UFC crowning their first female 145 pound champion. At UFC 208, the unspoken queen of the division Cris Cyborg reappeared from her USADA purgatory.

The UFC 208 title fight went down with Cyborg sitting in the front row and Germaine de Randamie won a close but controversial decision over Holly Holm. Then when she was asked about a potential fight with Cyborg in her post-fight, de Randamie magically remembered she had an old hand injury that needed fixing.

With rumors swirling Cyborg will be granted freedom from her USDA suspension, the featherweight buzz saw may have already moved on from the new UFC champ and set her focus on Invicta FC 145 pound champion Megan Anderson. On a four fight TKO win streak of her own, Cyborg’s problem with Anderson dates back to a vague tweet from September 2016. 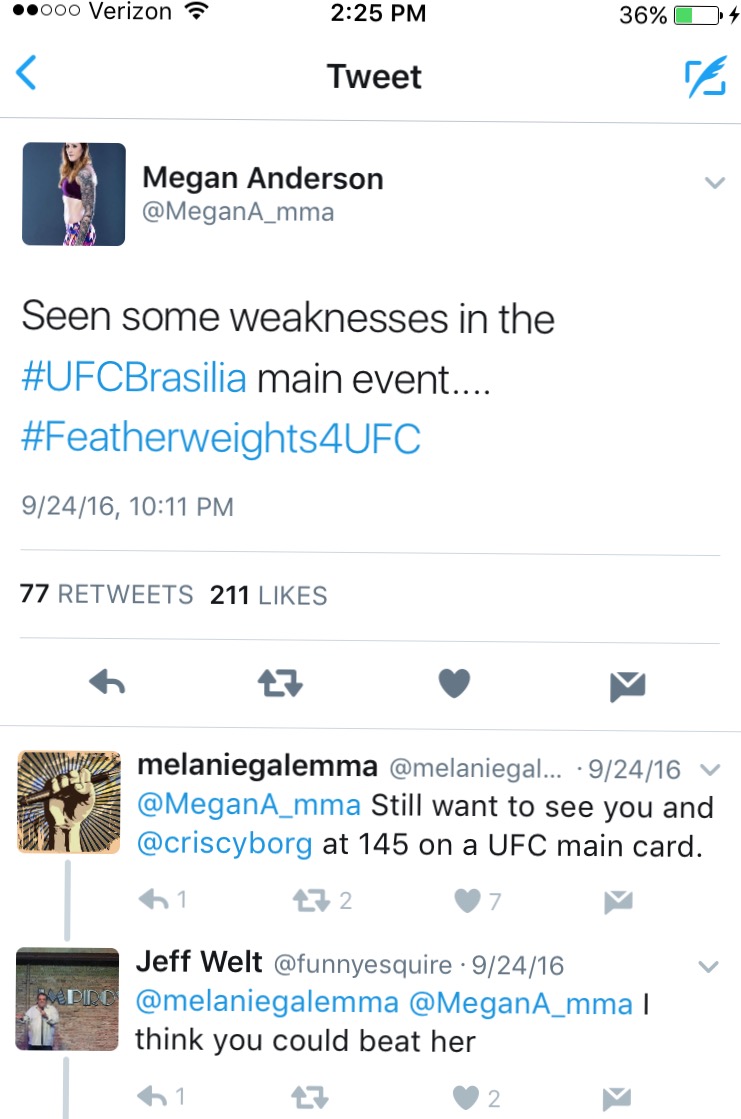 Well then. Cyborg dug through the archives quick to unearth that Anderson tweet. Cyborg was fighting on that card mentioned in the tweet and now has her sights set on the six foot frame of Megan Anderson. It may not be today, it may not be next month, or even this year but the collision course for Cyborg and Anderson has been set in motion and who are we to try and stop it from happening for our own viewing pleasure? 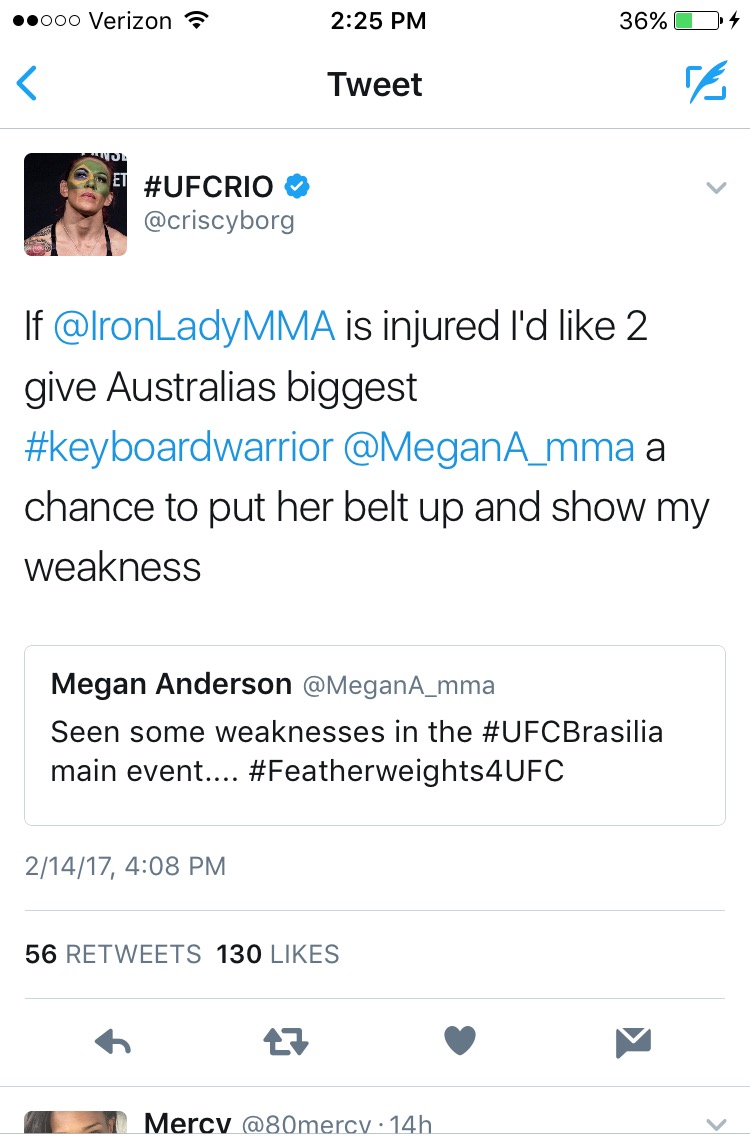 Breaking: The UFC has resigned Georges St. Pierre, here are the top five fighters he must face
← Read Last Post