I’m still excited about the UFC’s upcoming events and you should be too.

I understand that the hype for tonight’s UFC Fight Night feels a bit flat considering that we were, only recently, FLATOUT BETRAYED by the UFC, NSAC, and the Unbroken One as they made a mockery of our fanaticism. But why should I have to give a shit? I still want to watch McGregor vs lol, Gustafsson vs Rumble, and Silva vs Diaz just like I still want to watch the Playoffs even though I disapprove of the way the NFL handles sexual assault and domestic violence cases.  Jon Jones will get his comeuppance, or he won’t and nobody cares. Sports are like a mall food court, take what you want (Hotdog on a Stick) and leave the rest for the families who shop at Lidz. I’m working through some moral and dietary dilemmas and I want to drag you down with me, ok? I honestly don’t believe that I’m suffering from some self-serving compartmentalization syndrome; it’s fandom and the great thing about being a fight fan is that it’s super easy to pick out and root for the individuals. If you’ve spent a minute thinking about how the Reebok deal has screwed the fighters then you need to consider NOT writing off the organization or the sport because of someone (champion, CEO, influential figure) or something (bag of drugs) and focus on the two fighters in the ring.

There are a depressing number of reasons to be mad and cynical about the UFC as a business and MMA as a sport but, FORTUNATELY, their successes will always be more reliant on the strength of the next “big event” than on any post-fight transgressions. Aaaaaaand the UFC has three marketable big events in the next three weeks. So, should you care about how the bad stuff looks from a hardcore fan’s perspective? Morally, yes. Or should you view the sport and its relatively unnoticeable drama from the Sportscenter fan’s seat on the floor of an auto parts store? Realistically, yes.

I prefer a third and best perspective: Donald “Cowboy” Cerrone’s.

My mantra for the last 12 months has been: whatever you do, you little loser, just be more like Donald Cerrone. Does Cowboy give a shit about anything other than fighting and being extreme? Please. Tonight he’s fighting for the 2nd time in two weeks. Sure, he’ll probably lose (those are just the odds) but maybe that attitude is the reason why, every single year, my New Year’s resolution is to, “#1: Be more chill,” and, “#2: Kick more ass,” yet, every single year, Cowboy gets better at my resolutions just as I get even WORSE at chilling and kicking ass. The point is, I think, to focus on the positive and don’t absorb any negativity or worry. No one else is. COWBOY SURE ISN’T. I guess it’s our job as fans to hold our sport accountable, but only to the extent that it is going to make an impact. If you start thinking about MMA and you get scared or angry, just go wakeboarding.

The best thing to remember from UFC 182 is this:

The best thing to think about going into the UFC Fight Night is this: 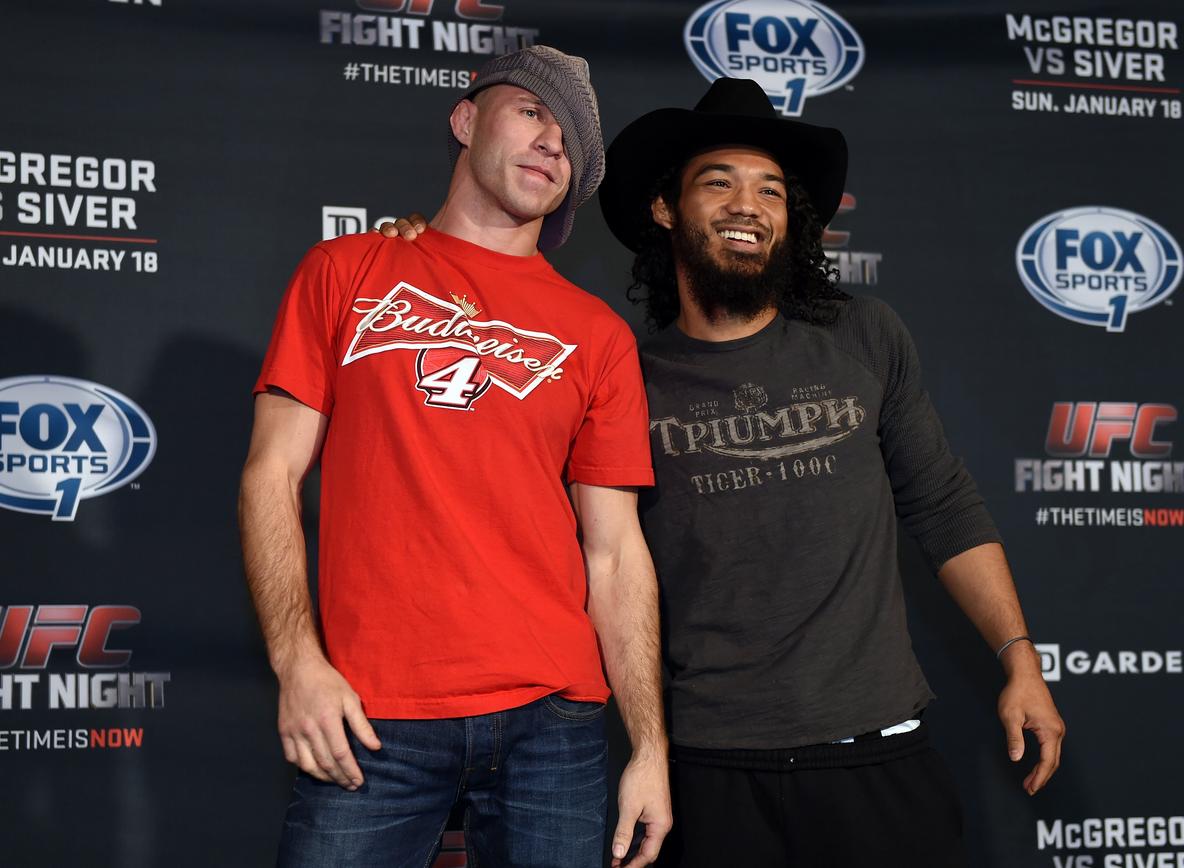