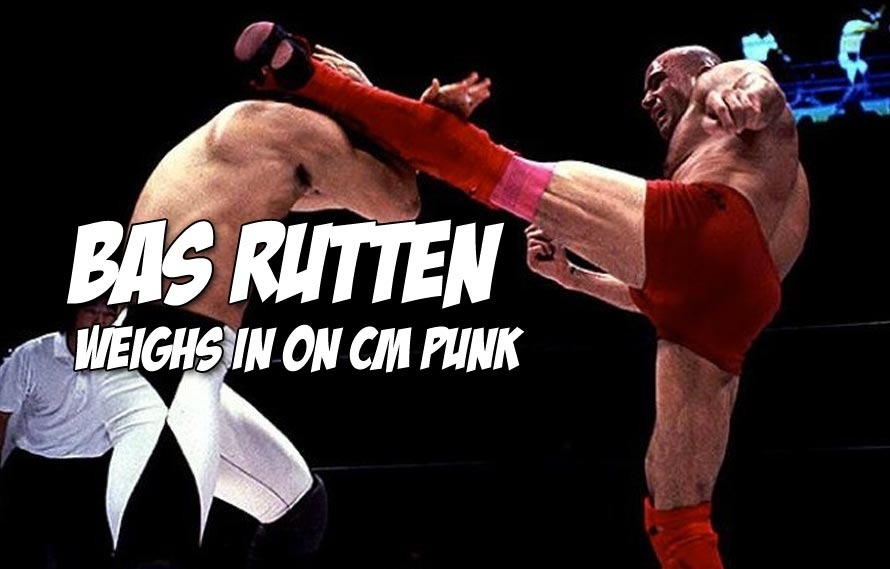 One of the most divisive things that I’ve seen in the MMA community of late has to be the signing of former WWE superstar CM Punk to the UFC. Some people understand that he’ll bring a lot of attention, possibly lots of buys and TV ratings (which all mean money), while others are scoffing at someone sullying the name of the beautiful, pure sport of MMA. It’s of course somewhere in between in most cases, but that isn’t exciting, is it? No.

Bas Rutten is the latest to weigh in on CM Punk signing with the UFC and he — a guy who worked in Pancrase in Japan in the early days — has no real problem with this. Bas Rutten has seen first hand the amalgamation of professional wrestling and legitimate fighting and benefited greatly from it. Were some of his fights in Pancrase predetermined? Yeah, probably. Bas has gone on record numerous times saying that he was never aware of any of his fights being worked or predetermined in any way, but I’m not sure that anyone was bringing him into the loop on those. Regardless, Pancrase was an early pro wrestling promotion that turned into legitimate fighting and still exists to this day.

This is all to explain that Bas gets it, man, he just gets it.

Bas talks to the guys at Submission Radio and while many aren’t willing to throw CM Punk a bone because he’s never been involved in competitive sports before, Rutten explains that the schedule that Punk had to work and the training he had to put in was grueling, more grueling than most are willing to recognize and most likely prepared him for how hard it’ll be to prepare for his UFC debut.

I like this, it isn’t filled with hyperbole or scorn. It’s logical. Now cue the homophobic slurs and “durrr it’s fake” stuff.