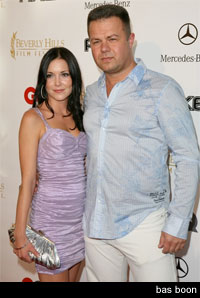 So we had a little conversation with Bas Boon about him calling ‘M-1 Global crooks’ and the dude told us probably the greatest MMA story of all time. We know Darren Aronofsky is directing a film based on Lee Murray but someone in Hollywood needs to hop on this. This is a great read for all hardcore MMA fans that wanted to know exactly how M-1 Global and Fedor grew to prominence along with what what exactly happened behind the scenes of Pride FC. Yakuza Mafia bosses, people fleeing the country, hundreds of thousands of dollars being stolen…only in MMA.

Below is a transcript from a conversation I had with Bas Boon last night. This was NOT composed or written by MiddleEasy.com.

I will never take an opportunity from a fighter to fight Fedor especially if the money is right and guaranteed. But there is an old bill to settle, everybody knows the story:

Please understand that I will always support and agree with Alistair [Overeem] or any other Golden Glory fighters to fight against Fedor at any time any place…as long as the money is agreed upon and guaranteed. It does not matter if the fight takes place is in Russia, Holland, Japan, America or any other country.

I never made an official statement about M-1, I did talk on the Dutch forum about my feelings towards M-1 and some forum guy made a translation (out of context) of a part of the post and put it on several foreign forums.

This is what I have to say to Vadim Finkelchtein [M-1 Global president and Fedor Emelianenko’s manager]:

You know that I always have the best fighters for your shows, Darrel Gohlar, Fatih Kocamis, Chalid Arrab, Alistair Overeem, Paul Cahoon…I tried helping the first M-1 promotions/events in Russia. I helped with the cage, matchmaking and lightning. I did the first Cage Fight in Holland at Emmen in 1996. I made a business deal regarding M-1/Red Devil for the rights to organize fighters, produce the shows and help promote M-1 Global. I put Amar Suleov en Semenov [a M-1 Global fighter] in the UFC for a lot of money (at that time it was a lot of money). I introduced you to my long time business partner where you went with fighters to Brazil for MMA events. I even brought Apy [Echteld] [a representative of M-1 Global] to Japan on the cost of Golden Glory (I paid for that trip to Japan, hotels flights, everything as we were business partners in promoting fight events). The only thing Apy ever did was give a business card of Red Devil [Martial Arts Academy created by Vadim Finkelchtein] to Fedor on that trip to Japan. 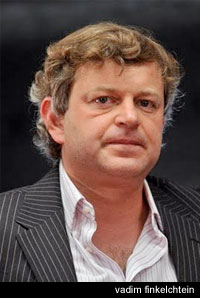 I can send you all the emails I have from you regarding my help in signing Fedor as he did not want to leave his management Pogodin.

Finally I sent you an e-mail regarding Fedor’s title bonus of $50,000 for the Pride title and that all fighters…I had a lot of contracts with Golden Glory fighters with Pride FC at that time Semmy, Heath Herring, Alistair, Valentijn…they all got the same term in their contract with Pride. If they would fight for a belt and win they would make an extra $50,000. [In retrospect] I was very smart sending an email to Pride FC asking them if this term was for all fighters who fought for a belt. They said ‘yes’ and I even forwarded you this mail and you told me Fedor only got $4,000 for his title fight.

You wanted a better contract for Fedor and I made sure Fedor got almost 4 times more money as before. Fedor went from $30,000 to $115,000 in only four fights. I got his brother a contract as well and Amar Soelev.

Vadim, Apy and I agreed that I would be on the management contract with Fedor, but I also put Miro Mijatovic on the contract so my name could not be mentioned on this management agreement. If Pride FC knew I brought their champion to the enemy, it would hurt my business relations with them. You guys agreed with this and understood the situation. Mijatovic would act on my behalf and everybody agreed. Furthermore, I arranged for the Pride FC people to fly with me to St Petersburg, Russia. I had problems with Stefan and Semmy with K-1 around this time [the end of 2003] and could not afford more problems with Pride.

Cro Cop was paid to not fight on NYE at the [Inoki] Bom Baye show (Pride arranged this he was paid to get injured) and this was the reason for me trying to save the show by getting Fedor to fight even with an injured hand. I had no other options left in Japan. I arranged for him to fight a pro-wrestler at almost 4 times more money than he ever made with Pride. The contract was for four fights.

We were unlucky with the “war” in Japan as all three promotions/ companies K-1, Pride and Bom Baye were doing a New Years Eve show at the same time (this never happened before). Behind the scenes in Kobe, Japan that 2003 NYE fight night I had many Yakuza threats as well as Miro Mijatovic. Finally the Yakuza was pressing [Seiya] Kawamata [the promoter] to pay one million [We’re assuming US Dollars] for Fedor to fight in Pride and another million to the Yakuza.

The result was that the promoter, Kawamata, left Japan and took whatever money he could get with him mainly because of the Yakuza threats.

There was some money left and I told Miro to pay all Russians with this cash as I would wait for the wire transfer, which never came. Till this day I lost more the $300,000 with this shit. I then made a deal with Miro that all money made from Fedor should be paid to me as I needed my payment for my fighters which I gave a cash advances to. In the beginning I wanted to share my money with Miro as he spoke Japanese and was a good lawyer. But I knew him as long as you guys did and…I met him in St Petersburg. 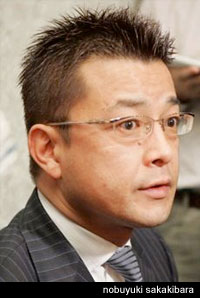 Mijatovic managed Cro Cop at that time but then ran into troubles with Ken Imai for preventing Mirko Cro Cop to be the main event at Bom Baye. I believe Miro used his new status as co-manager of Fedor to still get the NYE 2003 money as long as the contract from Cro Cop was valid. I do not know this for sure, it is just speculation… I only know that the money I did receive came by bank and was never more than $7666.60. As Miro was also dealing in Japan as a co-manager for Stefan and Semmy at that time I made a deal with him. I told him he could make percentages as long as the fighters kept fighting and he would have to pay me the money back from NYE 2003.

Everything went well till NYE 2004. When the contract ended with Pride and Fedor, Pride FC made offers for Fedor to Miro and he forwarded the offers to me. I discussed this with Vadim and Apy. I have all those e-mails and proposals on file.

We told [Nobuyuki ] Sakikabara we would maintain a fight-by-fight relationship with Pride and not sign a long term deal. He even tried to bribe us (I have that in writing too), but we said no. Then Sakakibara started to throw the mud and claimed of bullshit bank wires. I only know that the money I received from Miro at that time was about $30,000 plus some cash for my other fighters until November 2004. He also paid me $60,000 out of his own pocket in the beginning of the year. At that time Kawamata still owed me $300,000 for fights from Fedor, Amar…etc. I advanced everything, including the money for my fighters as well as paid for all their flights.

Then when I wanted to get money on NYE 2004 for the Fedor vs Nogeira fight [Pride Shockwave 2004] Apy starts screaming at me…‘you did this and that’…and I did not understand what was going on. I told him “Apy lets stick together. We got all these champions and all of these amazing opportunities ahead of us”. I told him Sakakibara is trying to fuck things up because we did not want to sign a long term agreement with Fedor and Pride. I told him remember when Pride showed us a contract where they said Fedor signed this, but Fedor said he never signed anything? Pride even held a press conference about this. At that time, Apy and Vadim called Pride liars and gangsters and it was “not true”, why would they tell “the truth” now? On all bank statements it did not mention for who the money transfer was for…at least not what Mijatovic showed me.

Now the funny thing is that Mijatovic disappeared although with all the Yakuza threats to him and his family I do not blame him. Kwamata still owes me a lot of money. All the Russians were paid and Apy and Vadim made money the entire year of 2004 based on all the work I did which included making it possible for Fedor, Aleksander and Amar to fight in Bom Baye and Pride…and I’m called the asshole? I’ve always believed in working fairly and making sure everyone gets paid. I made it possible, despite a lot of Yakuza threats, to keep Fedor fighting with Pride for the same money he made in Bom Baye. 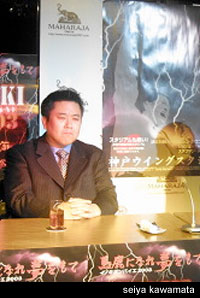 I was doing the management for Fedor together with M-1 Global…but I did all the work! I got the deal, I got a proposal, I paid the Red Devil fighters and covered their flights and hotels so all the fighters, including the Russians, were happy and stayed with Red Devil [M-1 Global]. Why did my payments stop? We agreed 1/3 of the percentage would go to me although it should be half as I was doing all the work…but I agreed so no complaints there. Mijatovic owes me money, Bom Bay owes me money…I took a huge risk by bringing everybody and what did you guys get?

The best fighter of all time and he got paid his highest fight purse at that time. So did his brother Aleksander and Amar. You made money from the beginning. And the guy who made everything possible got shit. $300,000 in the hole and I was accused of all kinds of bullshit?

I was in Sakakibara’s office when he ordered a Korea Yakuza boss named Mr. Kim to threaten me. Hideki and Yukino were witness to this. I was there with Mijatovic and they wanted us to sign the agreement with Fedor for two years. I told Sakakibara later that all of this was his fault since he sent Yakuza after us. The promoter, Kawamata, from Bom Baye left the country and I did not got paid which was a huge loss for me all because Sakakibara used the Yakuza. At the end the Yakuza boss, Mr. Kim, flee the country to Korea. Sakakibara was very smart selling his dead company footage to the UFC, Vadim and Apy got Fedor and they decided I did not exist anymore?

This is what really happened and I have the documents and mails to prove this. Maybe Vadim got the wrong translation…but this is the true story.