Bright prospect Maycee Barber will return to action as she takes on Alexa Grasso on a TBD venue card on February 13th. 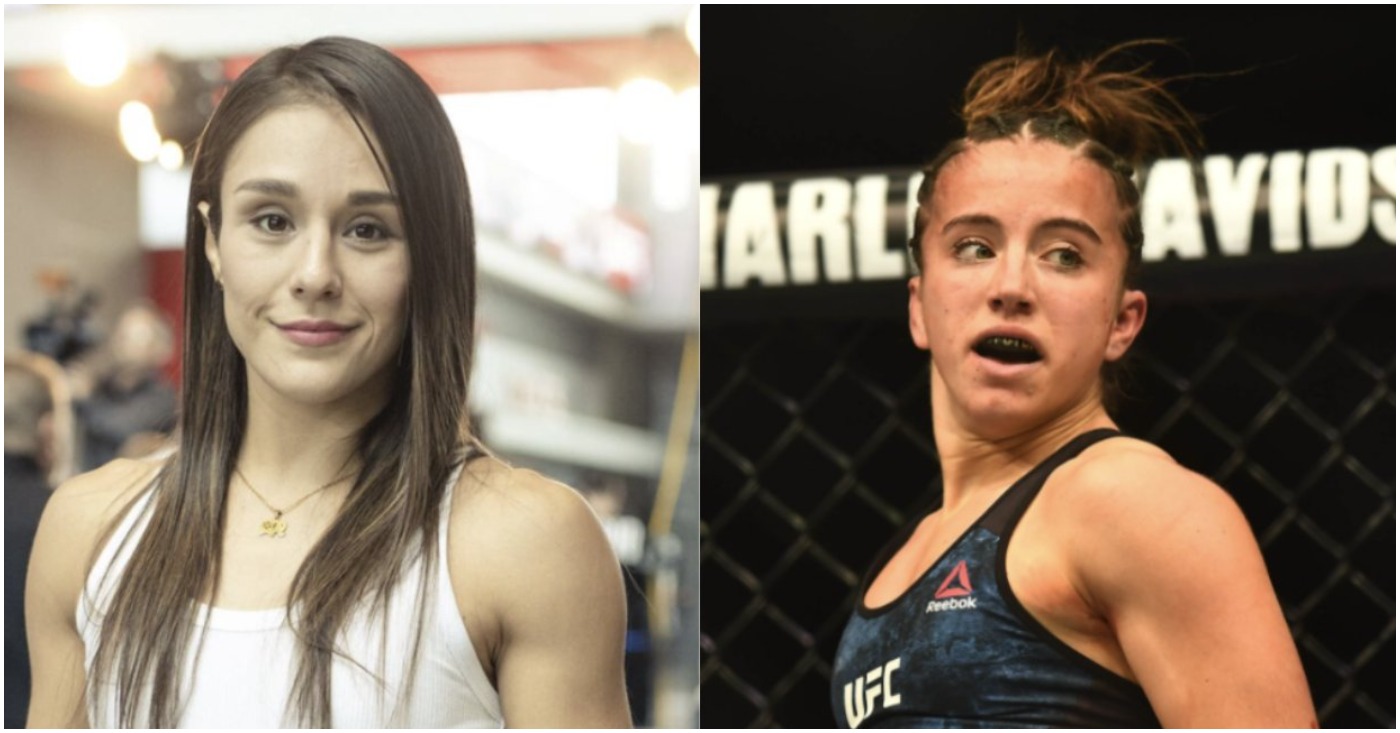 Maycee Barber will be making her return to the cage since January. Barber is set to face Alexa Grasso on a card on February 13th, which will mark a full calendar year since Maycee has competed.

Maycee faced heat from MMA fans after suffering her first professional loss to Roxanne Modafferi at UFC 246. In the opinion of many fans, as well as Michael Bisping, Barber was full of excuses, citing an immediate injury as the cause of her loss. Additionally, her father chimed in to discredit Roxy’s win, stating that Macy didn’t lose; her body just gave up on her.

Announcement of Barber vs Grasso

Now, Barber will have a shot to correct her wrongs as she takes on Grasso. News of the matchup was made official from a Mexican news outlet. The source confirmed that the bout would take place on February 13th. However, the venue of the card is yet to be determined.

While Barber is coming off of a loss, she’s still one of the brightest prospects in women’s MMA. Before the defeat, Barber was 8-0 and on the path to becoming the youngest champion in UFC history. Which, makes the matchup against Grasso dire. Suffering two losses in a row would almost surely derail Maycee’s near-future championship aspirations.

Grasso’s UFC path has been rocky. Missing weight, as well as inconsistencies, has landed her a 3-3 record in the promotion. Coming off of a win against Ji Yeon Kim, Grasso has a chance to break the cycle of trading wins and losses.

Both Barber and Grasso are exciting prospects at ages 22 and 27 respectively. A good performance in the matchup is sure to boost the stock of the winner. Furthermore boosting them up the rankings for a shot at facing a top-ranked opponent.

It’s unclear at the moment where the ladies will be positioned on the card. However, Middle Easy will update with more information.

Leon Edwards Dismissive Of Khamzat Chimaev Hype: 'I Can Not Be Beat'
Read Next Post →
Click here to cancel reply.