This is not good super-fighting. It’s one thing when Conor McGregor tries to get a boxing match with Floyd Mayweather in what may be the biggest combat sport’s event of all-time. It’s another thing when random McGregor supporting characters try to get their own crossover super fights.

Still not sure who Artem Lobov is but for some reason he now has beef with well-known boxer Amir Khan. Lobov fights Cub Swanson this weekend in a UFC Fight Night main event that everyone up is up in arms over because nobody really knows who he is. Sure Lobov trains with McGregor and has a 2-2 UFC record but why is he main eventing an UFC Saturday night show with Swanson?

Per Lobov he has already moved on from his fight with Swanson to cross over into boxing to throw hands with former world champion Amir Khan. Why? We still don’t know and this may be the worst attempt at a MMA to boxing crossover mega super ultra turbo fight ever. Ever! 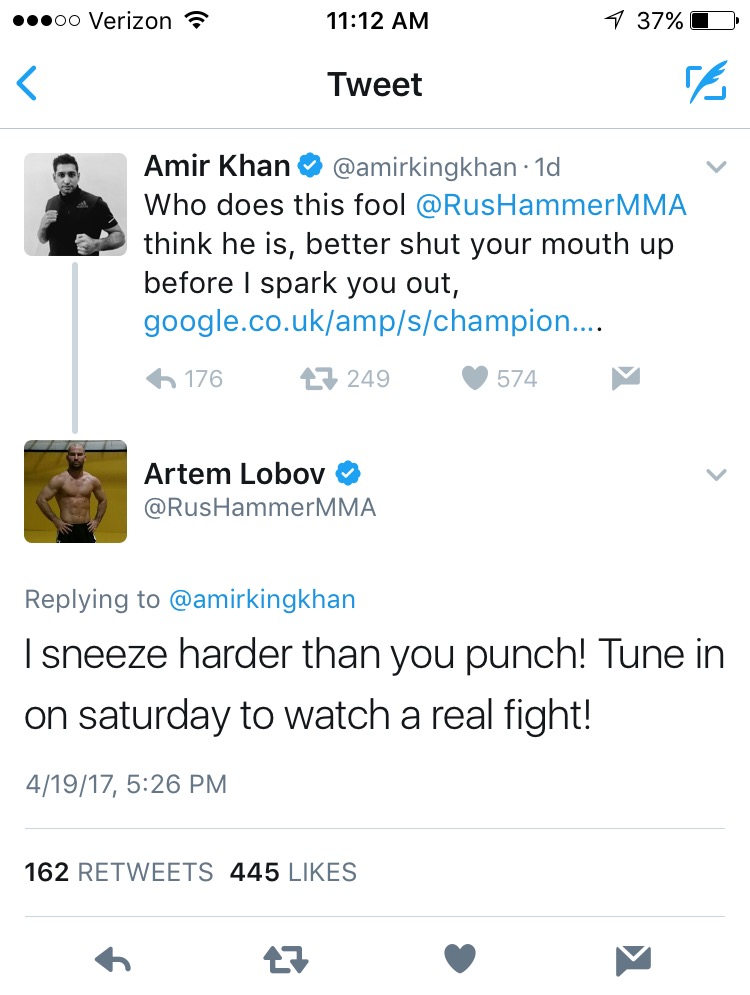 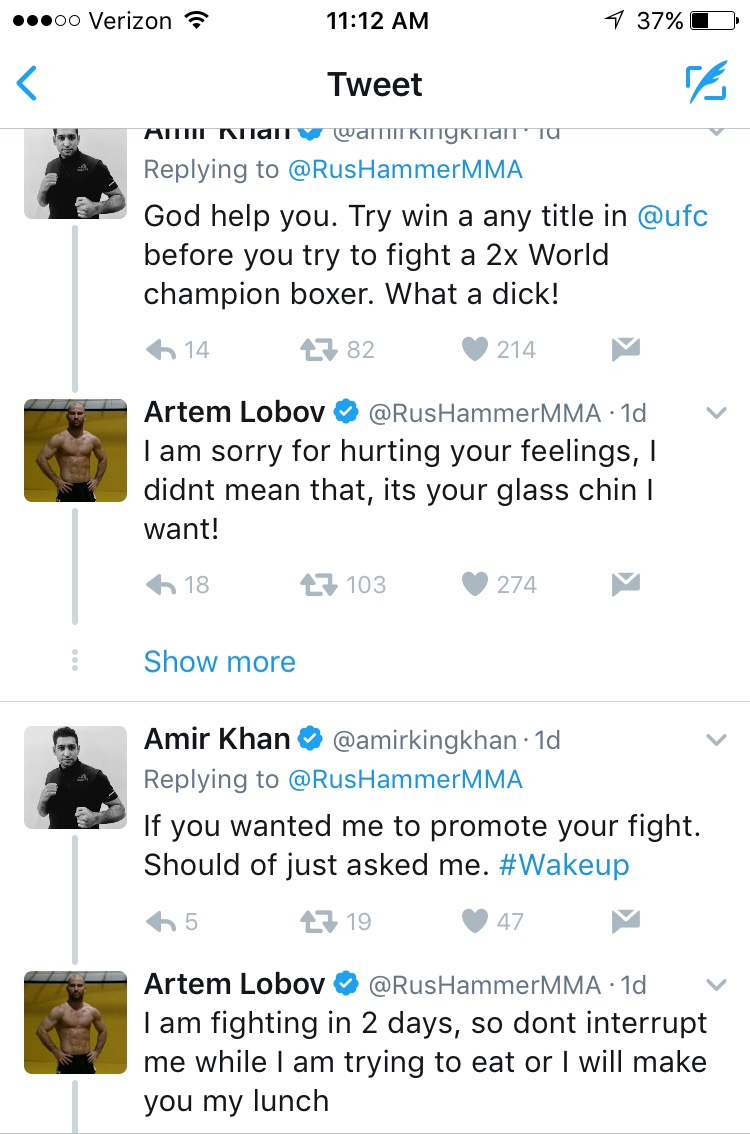 This post-fight pic of Royce Gracie, Patricio Freire and baby Pitbull may be one of MMA’s best photos
Read Next Post →
Click here to cancel reply.