If you ever want to hear a hilarious story, ask Ben Fowlkes from MMAFighting about the time when we crossed paths with Babalu Sobral in Dallas, TX and eventually ended up on the side of a highway to pay visit to an abandoned tractor. If you don’t want to be entertained by a story, ask Babalu about the time when we couldn’t find an extra chair for him to sit in while we were in Malaysia filming an interview for his ONE FC bout against Tatsuya Mizuno back in June. Now, if you want to hear a story about how I became the prince of a town called Bel Air, I can sing a song that doesn’t apply to me but is infinitely cool nevertheless.

It appears that Babalu Sobral won’t be a member of a Southern California monarchy, nor will he be fighting for ONE FC any time soon. The dude is now locked into a Bellator contract and will be displaying his jiu-jitsu in the upcoming Bellator light heavyweight tournament. Sobral even got this cool Bellator hoodie along with a compulsory fist pose as evidenced by this picture Bjorn Rebney tweeted. 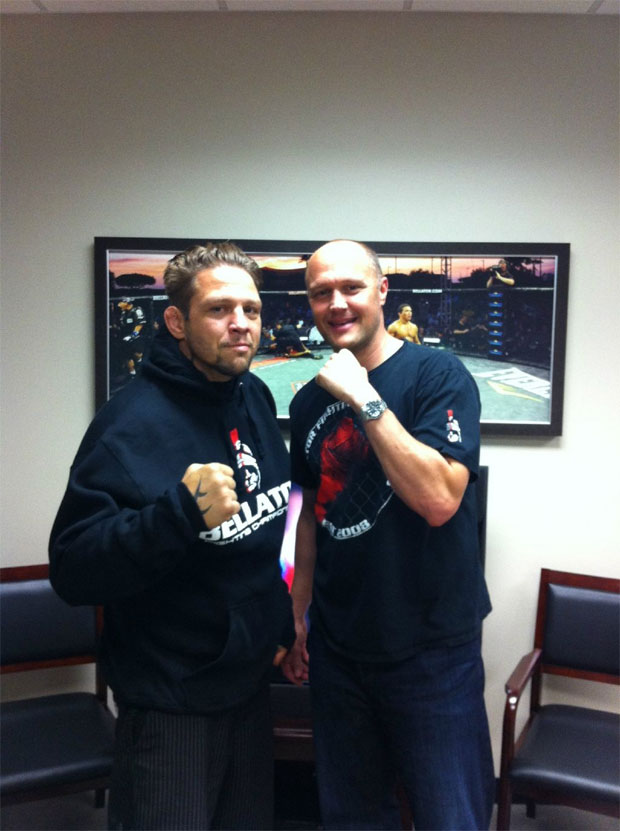 Now Fedor Emelianenko is teaching children how to be mini last emperors
Read Next Post →
Click here to cancel reply.