Audie Attar is one of the biggest managers in the fight game. Or in his case, the fight business.

Attar is the founder and CEO of Paradigm Sports, a leading management agency when it comes to MMA. In 2022, Paradigm is shining bright as they represent three UFC Champions: Israel Adesanya, Jiri Prochazka and lastly Leon Edwards. No other firm has as many champs as them.

Along with these accolades, Attar also manages about 70 UFC fighters including the biggest star the sport has ever seen in Conor McGregor. With a solid foundation laid, Attar is beyond happy with how his company has turned out and what he is doing for his fighters.

“I think we’re on track,” Attar told MMA Junkie about the status of Paradigm Sports. “I looked back at the original business plan, and there’s a lot of people that laughed at me for how ambitious it was and focusing on the advocacy that’s in my DNA as a former athlete. I really wanted to fight for athletes in more than one way, and I felt that it wasn’t just transactional and being the best in class from a management perspective.

“We’re not only building a culture of excellence, but a winning culture, and it’s showing through our hard work and not only the results that we’re driving for our clients, but even the recruiting that we’re doing and the talent we’re signing early on. It’s a very exciting time to be part of the team, and we’re very fortunate for these athletes to entrust us to be a small part of their journey and guide them to success.”

Of course, fighting for the best contract for your fighters comes with dealing with various promotions. Attar would admit that promoters may not be the biggest fan of Paradigm when it comes down to the brass tacks of negotiations.

“Because we’ve been such staunch advocates for our athletes, I don’t think we’re necessarily the most popular with the promoters,” Attar continued. “But at the end of the day, we still have dialogue, we still have respect for them. Behind our back they may say some stuff about us, but that just means we’re doing a good job.

“As long as we’re able to handle things with a level of integrity – they may not like us, but I think they’re going to understand. I think these promoters for the most part do care about the sport. Deep down they do care about the athletes, but we may disagree from a business perspective on certain aspects not limited to compensation.”

Show Me The Money!

Fighter pay has been a hot topic over these last few years and Attar believes think there is a lot of room to grow when it comes to how fighters are compensated.

“There’s a lot of improvement that could be had when it comes to fighter compensation, benefits, as it relates to mobility and being able to test the market and get fair market value,” Attar said. “These are things we’ve always fought for and continue to fight for that are still there. The reemergence of some competitors is a good thing. UFC is still the premier promotion, and that doesn’t look like it’s going to change any time soon, but having these second and third and fourth promotions in the market place is good, but they too employ some of the same strategies that prevent a fighter from testing the market. In turn, they’re not any better, but they claim to be different. With that being said, I think what all managers should do is really continue to advocate for their clients and continue to have difficult conversations with these promoters.

“I do think that the promoters over time will respect it. They may not like it, but I know that the real ones, they do care about the fighters, they do care about the sport. It’s not just a business for them. I think if we’re able to have healthy conversations about uncomfortable subjects, it’s only going to push the envelop further and allow healthy success for the promoters and the athletes at the same time. Rising tides raises all ships in my opinion, so I think mangers have to be willing to have difficult conversations about uncomfortable subjects in the spirit of athlete advocacy, in the spirit of promoting and pushing the sport we all love, whether you’re on the promotion side or whether you’re on the athlete management side.”

Attar would also dive into waters of free agency and what goes into all of that.

“We’re fortunate that we’ve done so many deals across several promotions, so we feel, and we have our own formulaic approach to doing our own, let’s call it ‘contract prep’ headed into a negotiation,” Attar said. “If you feel you’re going to receive fair market value without hitting free agency, then you don’t need to hit free agency. But if you think your fair market value is at a certain level, and you’re not able to achieve that level during the exclusive negotiation period, well then, you may want to hit free agency.

“I never say it’s a one-size-fits-all answer. It’s not. But that is a true approach to how I feel all managers should approach a negotiation with a respective promotion. I think I see too often it’s kind of a haggling like you’re at a flee market. It needs more thought than that. Obviously as the career is younger and maybe the economic indicators are not as evident, meaning the person doesn’t drive pay-per-view buys, significant social media analytics, etc., it may be a shorter research and ‘contract prep.’ But nonetheless it should require a certain level of thought, because this is their life that you’re tasked with representing them.” 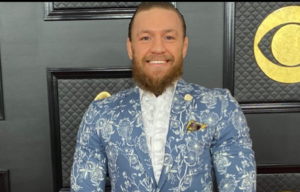 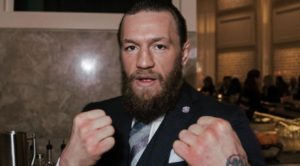 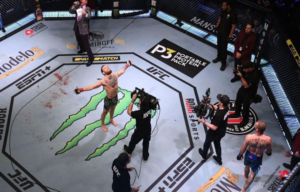 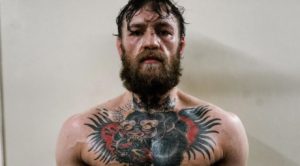